In 1953, a new compact portable was released into the European marketplace. Called the Halberg Traveler, it soon gained the attention of Royal McBee Corporation, who saw the benefits of having a small, entry-level typewriter, to compete with the Adler Tippa, Hermes Baby, Smith-Corona Skyriter, just to name a few. Royal bought out Halberg by 1955, and renamed the small portable the "Royal Royalite." They also smoothed out the design, replacing the gull-wing ribbon covers with a lift off ribbon cover. The earliest Royalites were all green, with dark green keys. Later models can be found in an attractive, two-tone gray color scheme, and other related models can be found in anything ranging from solid charcoal (Dart, Companion), to two-tone black and gold. (Eldorado).

The Royalite did not catch on well in Seattle until 1959, when the city's largest department store, The Bon Marché noticed it. By this time, The Bon Marché had stores in most of Washington State, and in Ogden, Utah. Until The Bon Marché began carrying the Royalite, the primary sellers of Royal Royalite typewriters were jewelers, and five-and-dimes, such as Kress and Woolworths.  Kress ran this ad on November 9, 1958 in The Seattle Times:

The Bon Marché ran this ad on August 16, 1959, listing all of the Royalite's features:

By 1962, MacDougall's, which was in its final years, began advertising the Royalite; MacDougall's closed in 1966, and was soon replaced with a parking lot.

In Oregon, the Royalite caught on very quickly. The J.K. Gill Company was the first dealer to advertise the Royalite, on December 18, 1955 in The Oregonian: 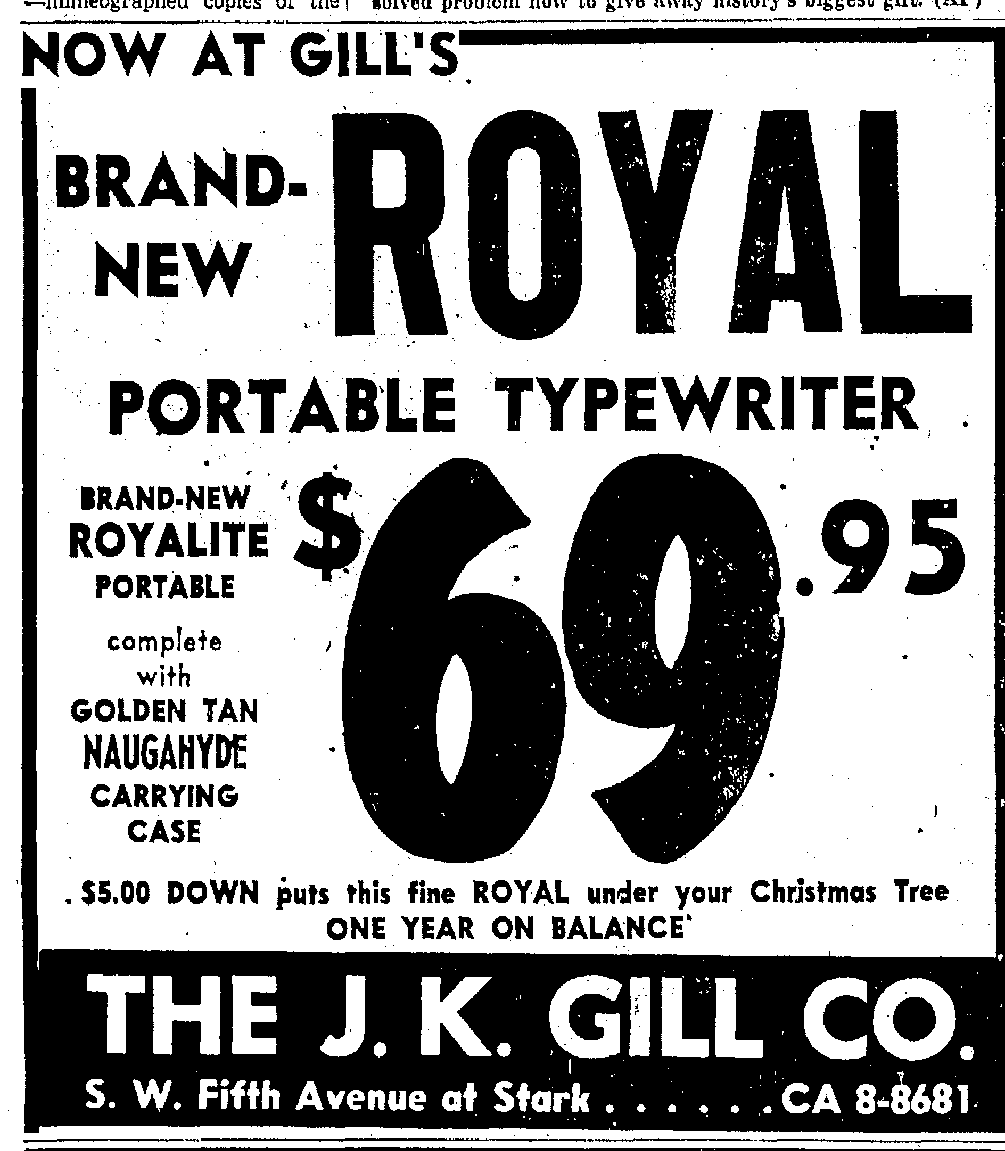 On July 30, 1958, Meier and Frank, which was Portland's equivalent to The Bon Marché, began advertising the Royalite: 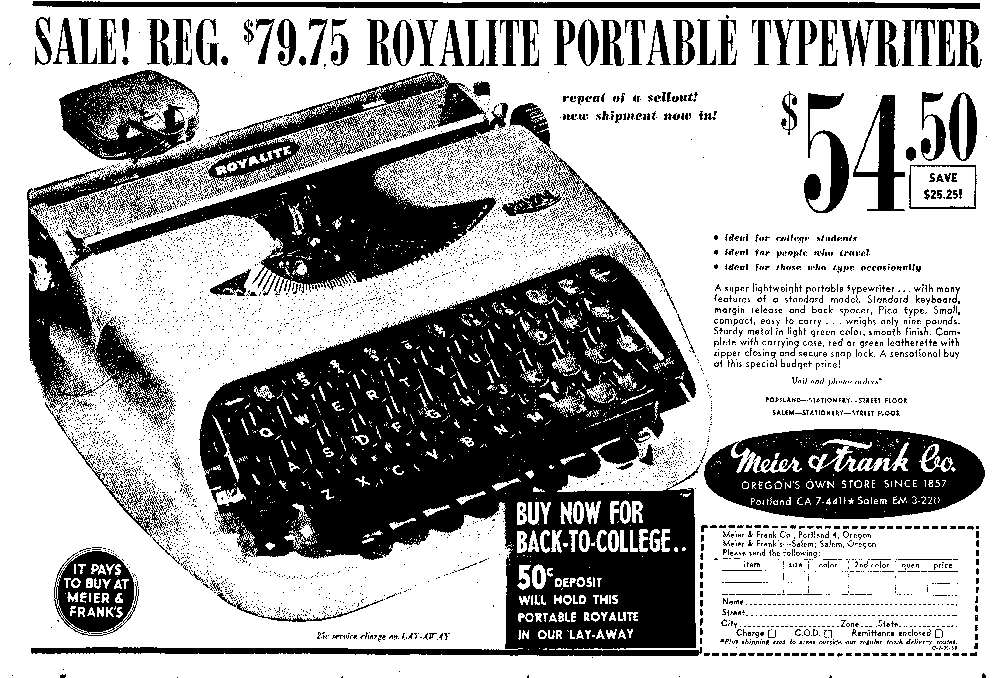 By 1959, they were calling the Royalite "the biggest portable value." This ad appeared in The Oregonian on March 13, 1959: 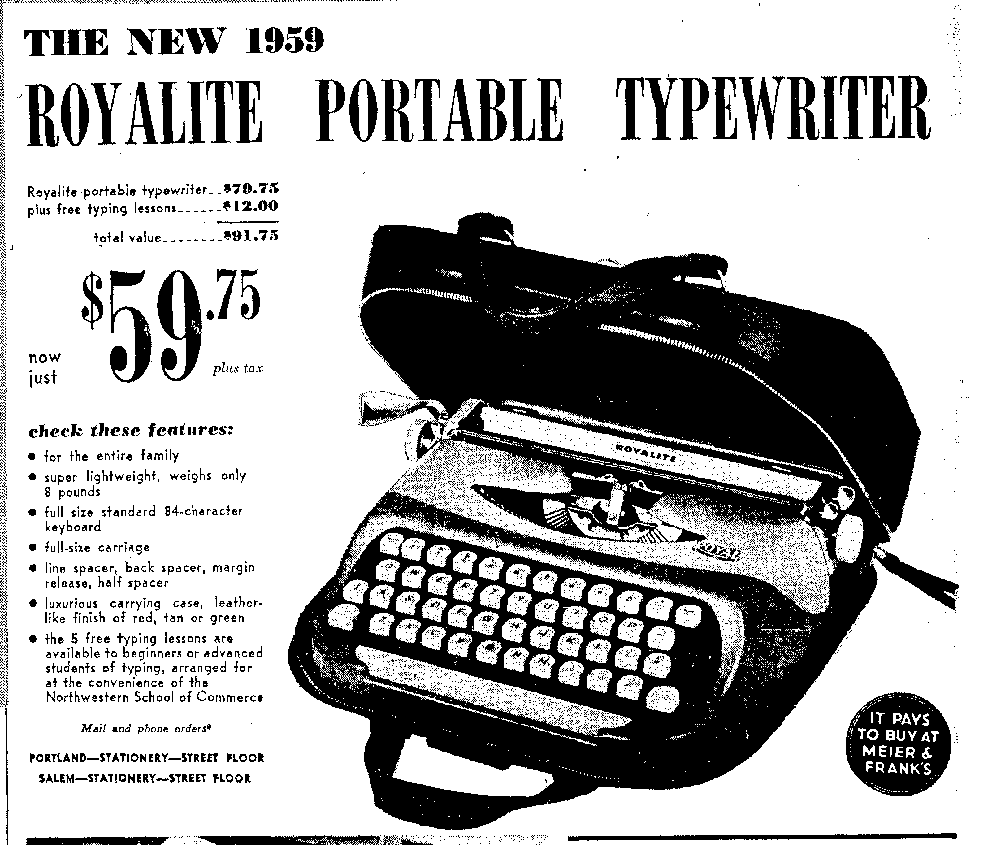 They continued to advertise the Royalite, until it was discontinued in the 1970s. By this point, it had become a plastic-shelled typewriter. 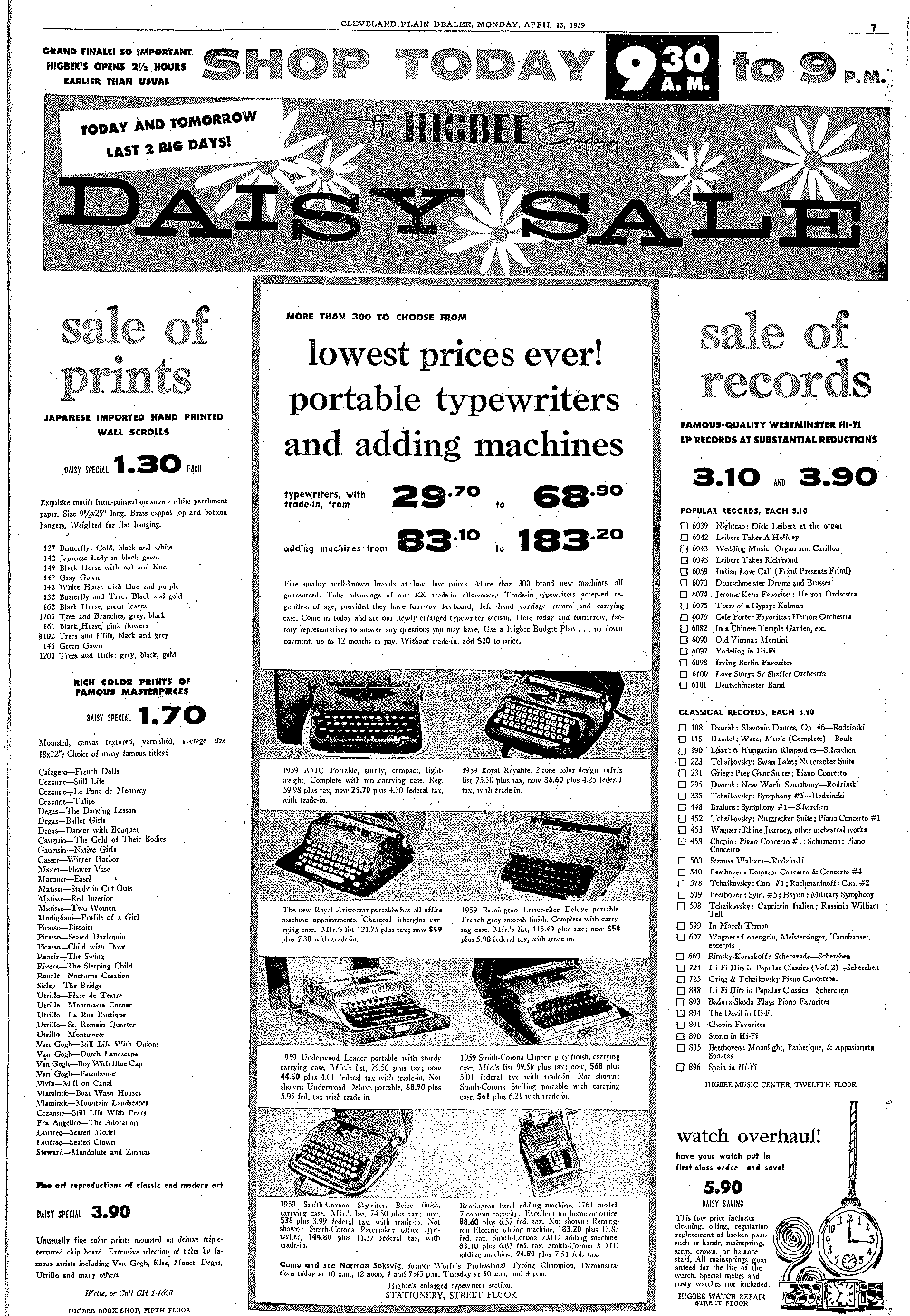 Below is the Higbee Company's ad for the 1960 Royal Royalite: 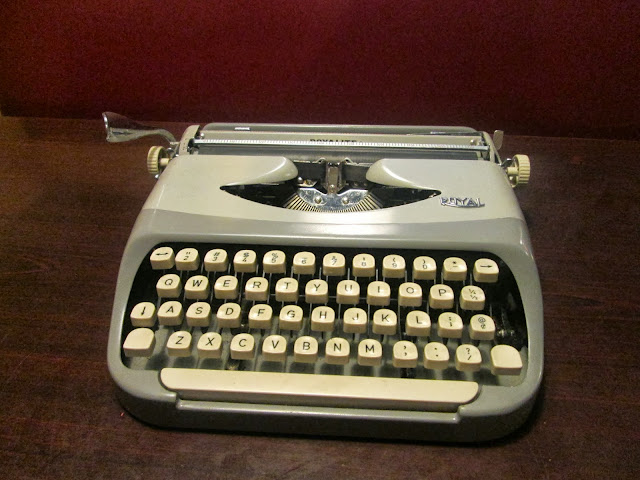 A typical later-model Royal Royalite. This one was made in 1962. 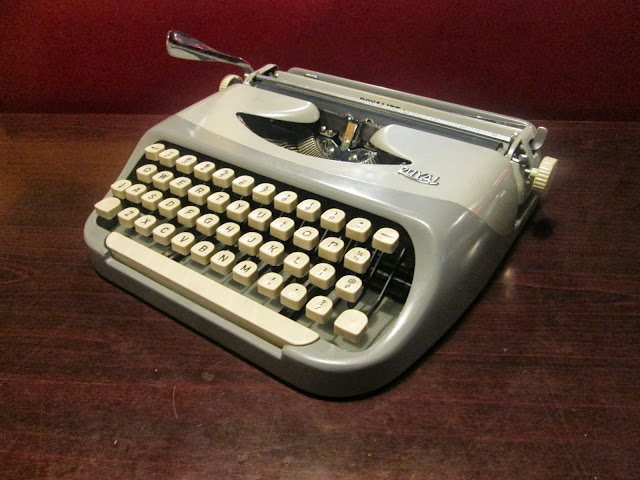 In New York, Macy's began offering the Royal Royalite as a prize in the "We Love New York Contest" of 1958. Three were available as prizes.