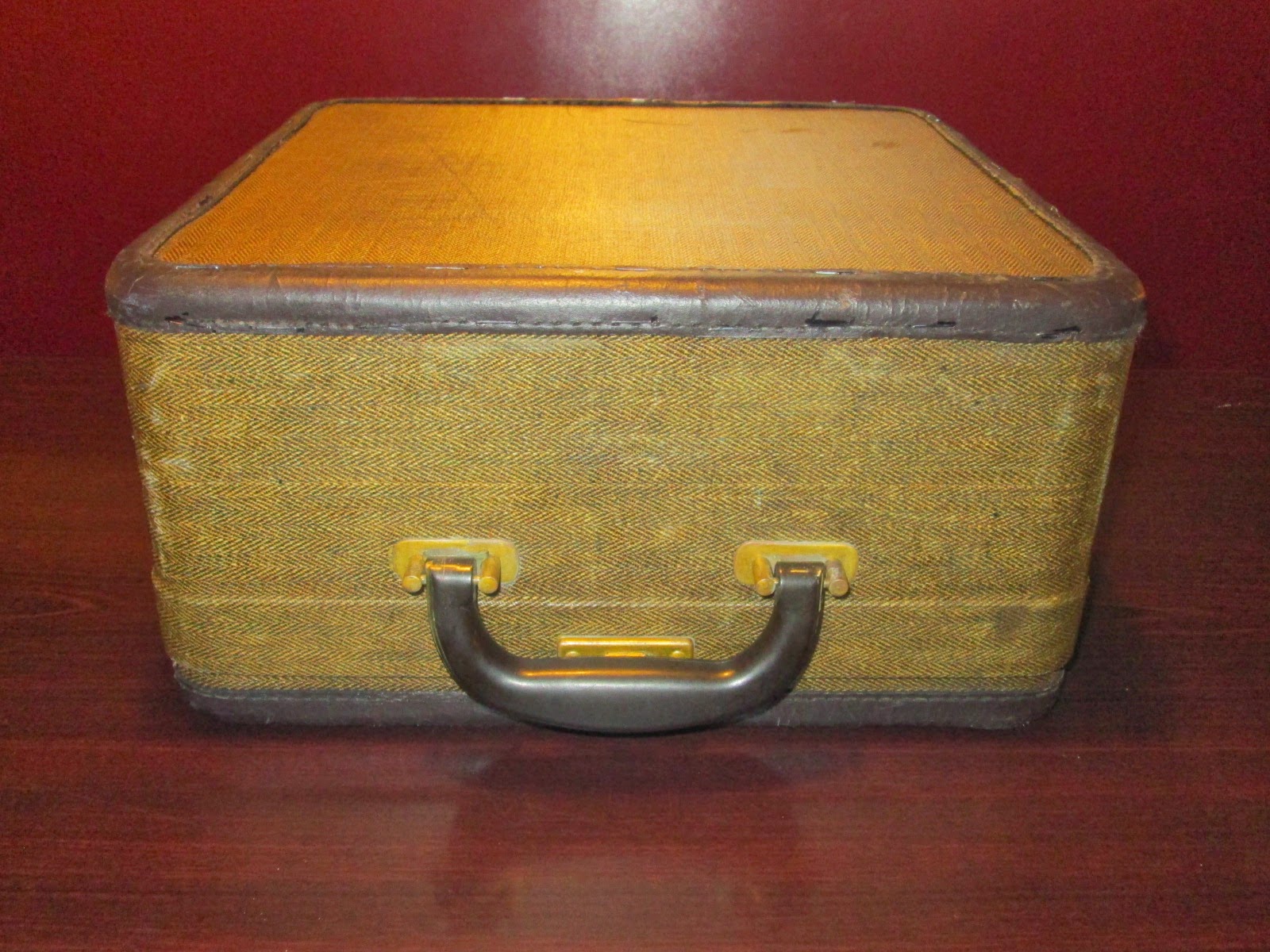 If your typewriter has the case that is pictured above, it is probably a 1941 model. 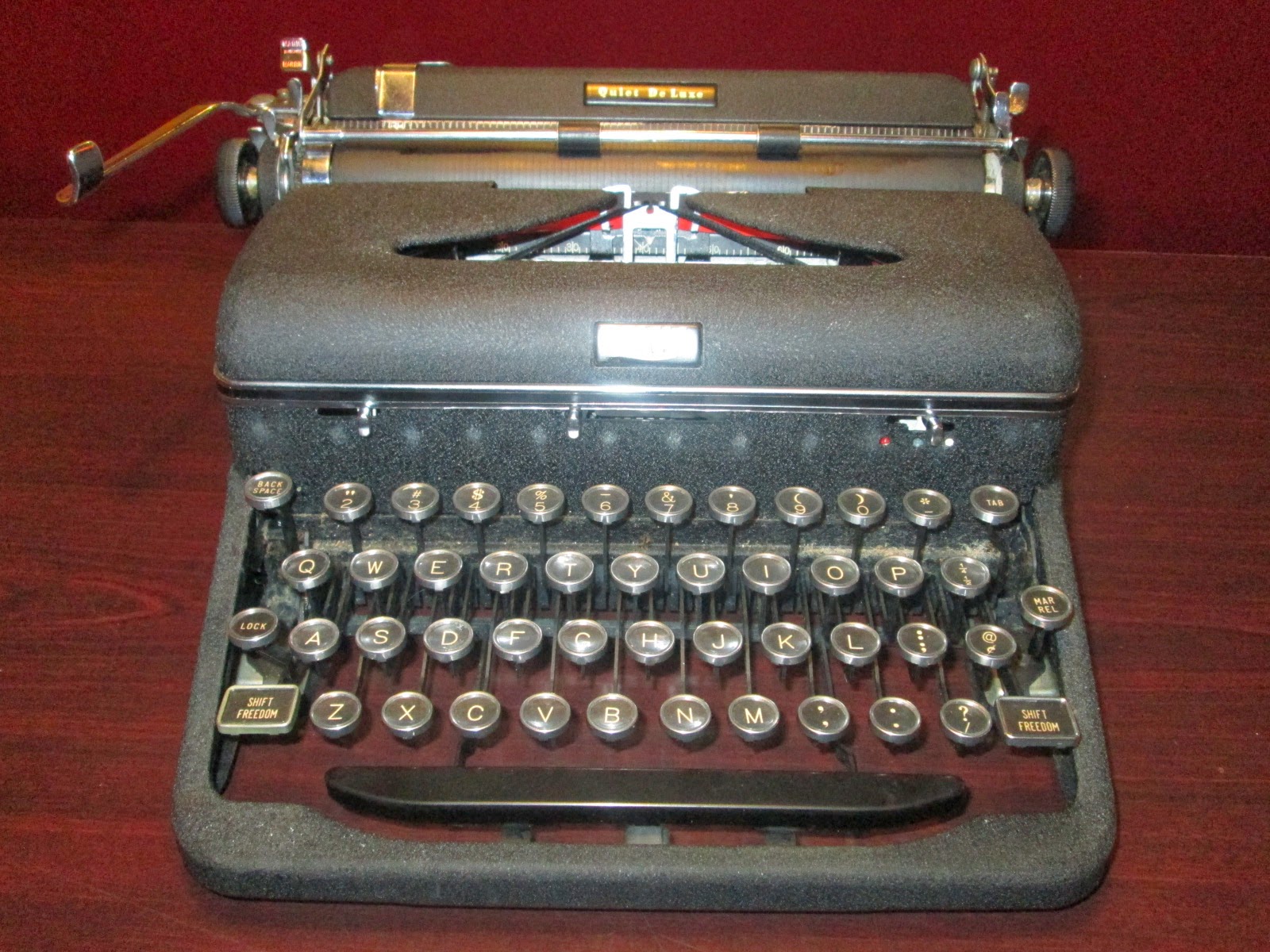 Look very closely at the chrome band under the ribbon cover--it has a thin black band in the middle of it. This was only done in 1941 and 1942. 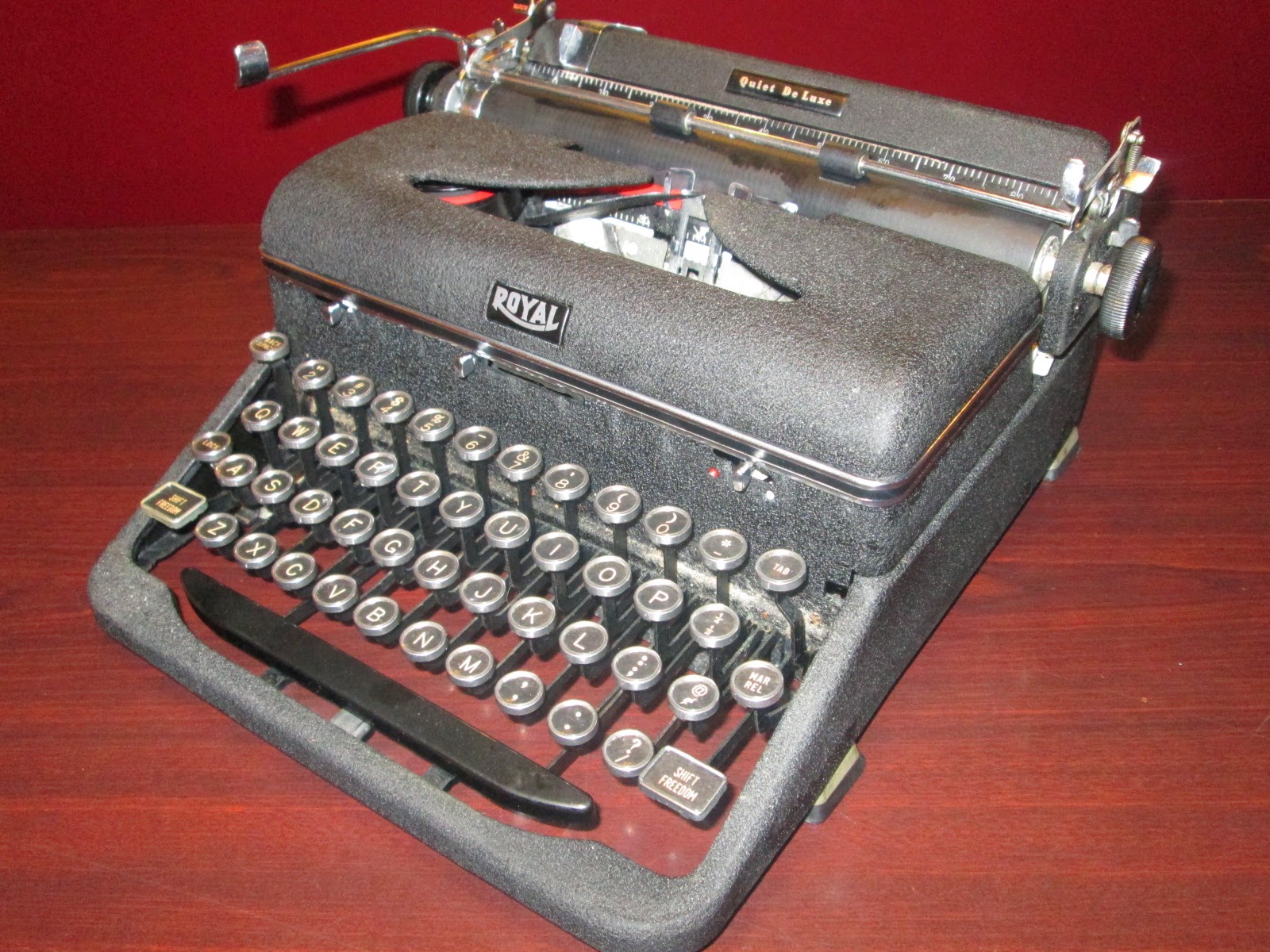 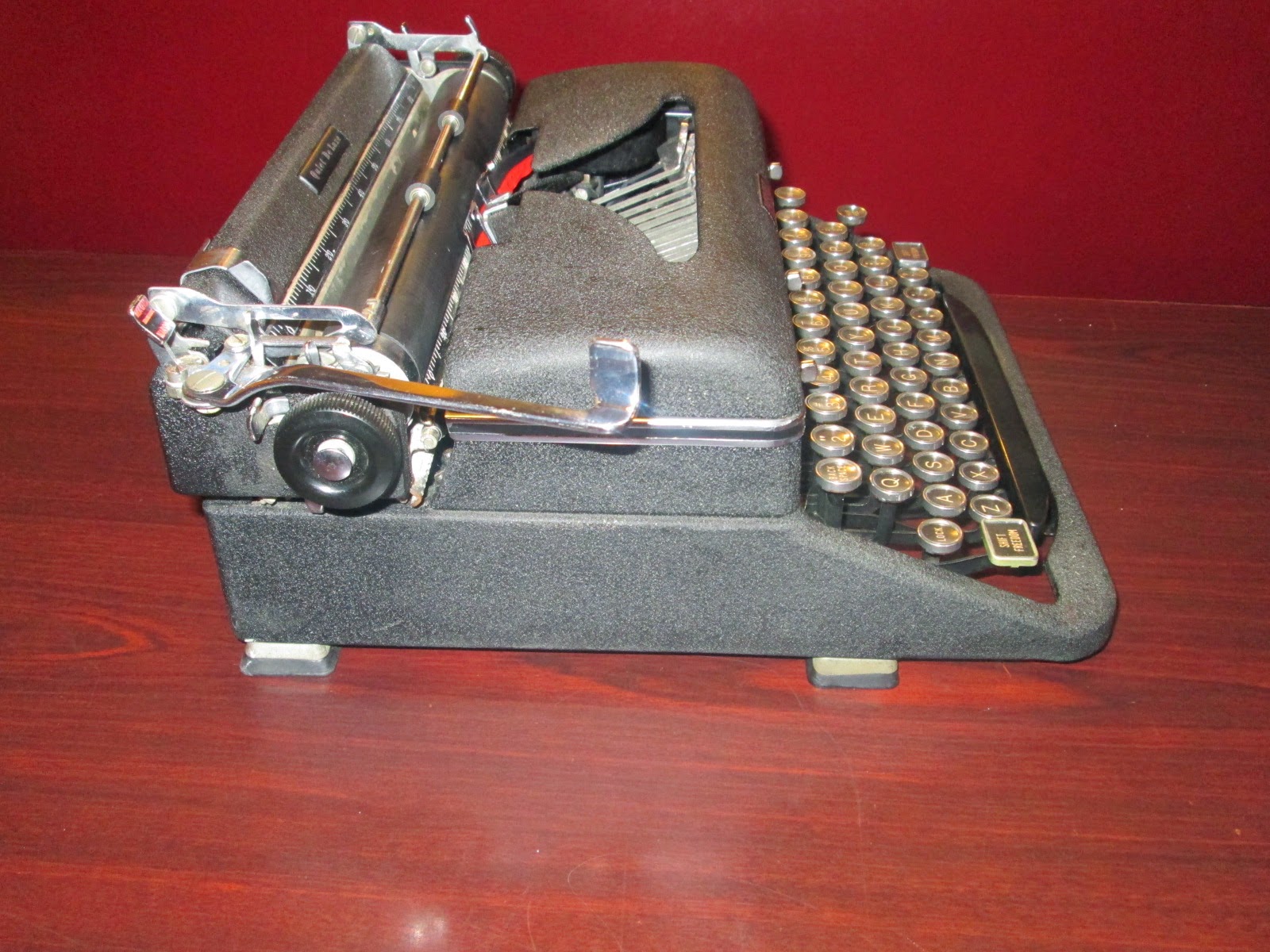 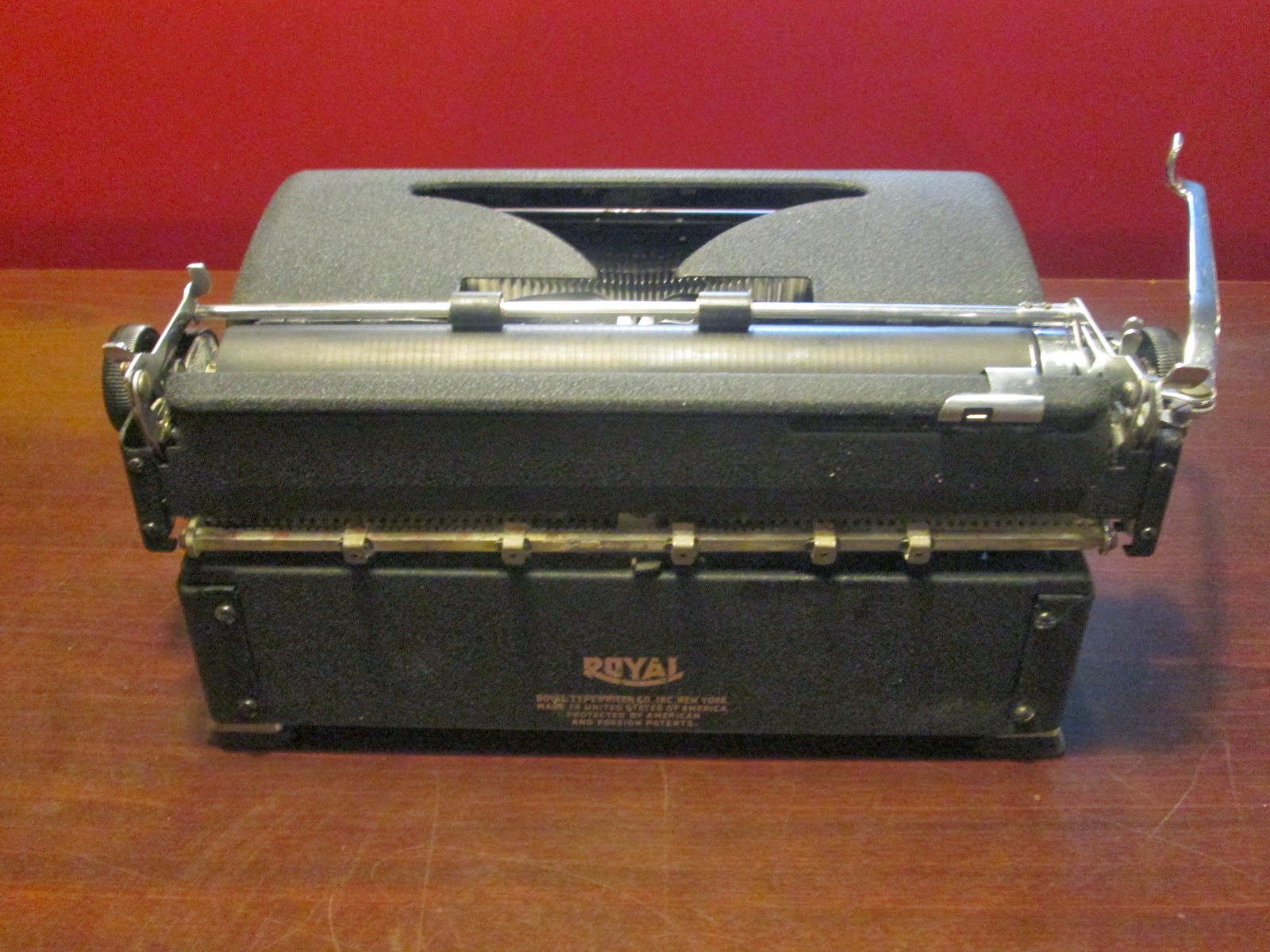 Another $5 typewriter, and one that I've always wanted 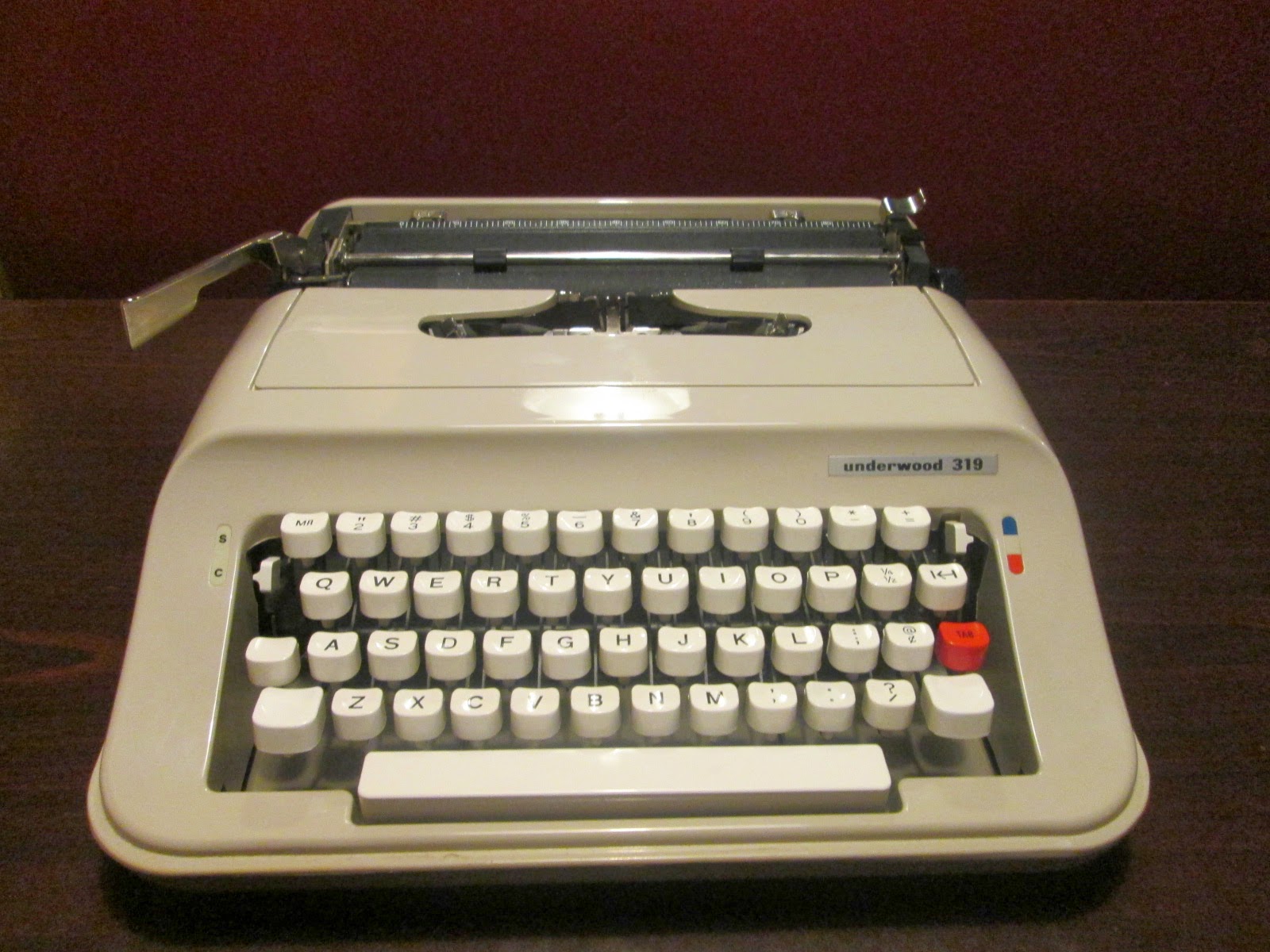 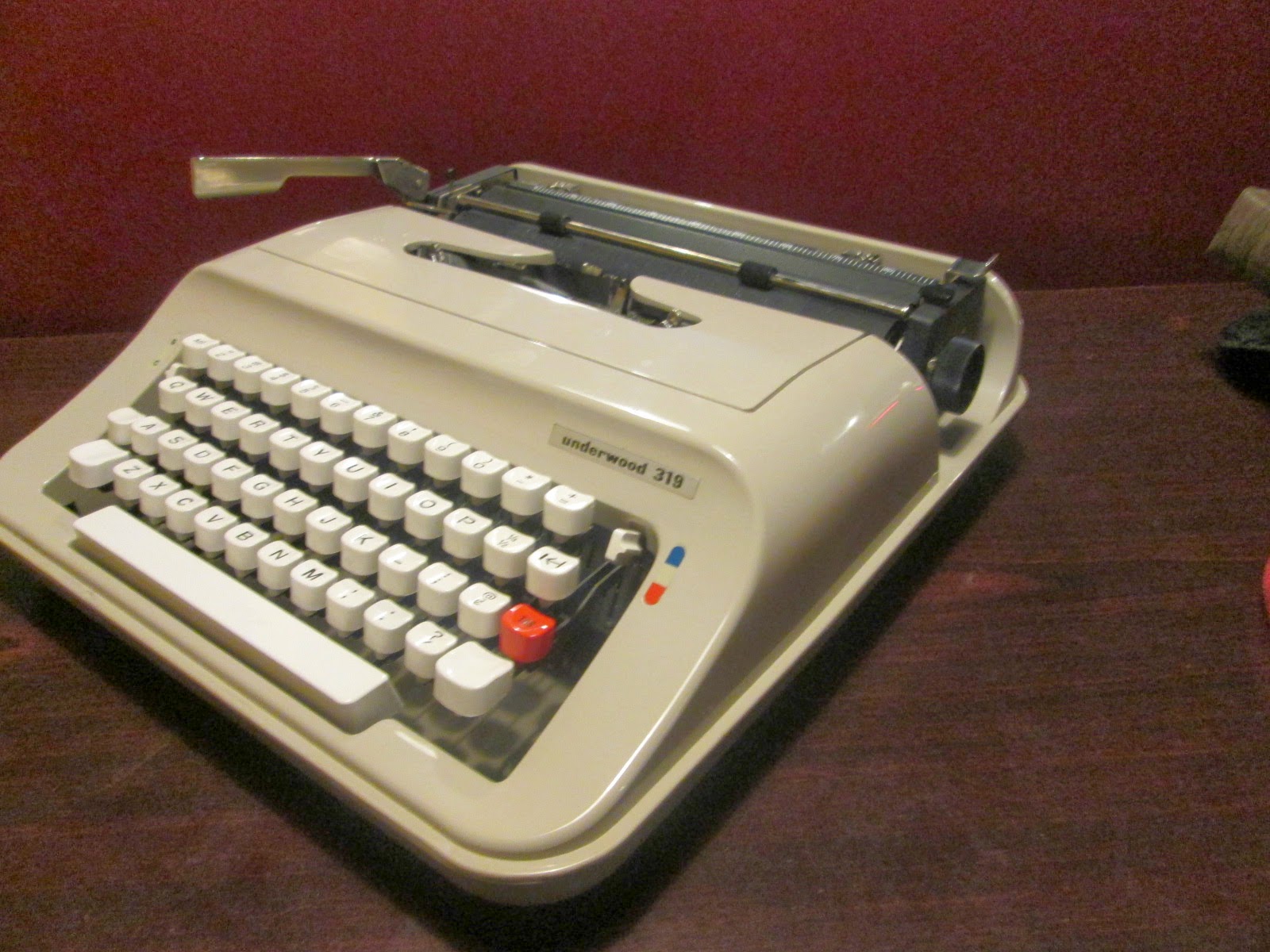 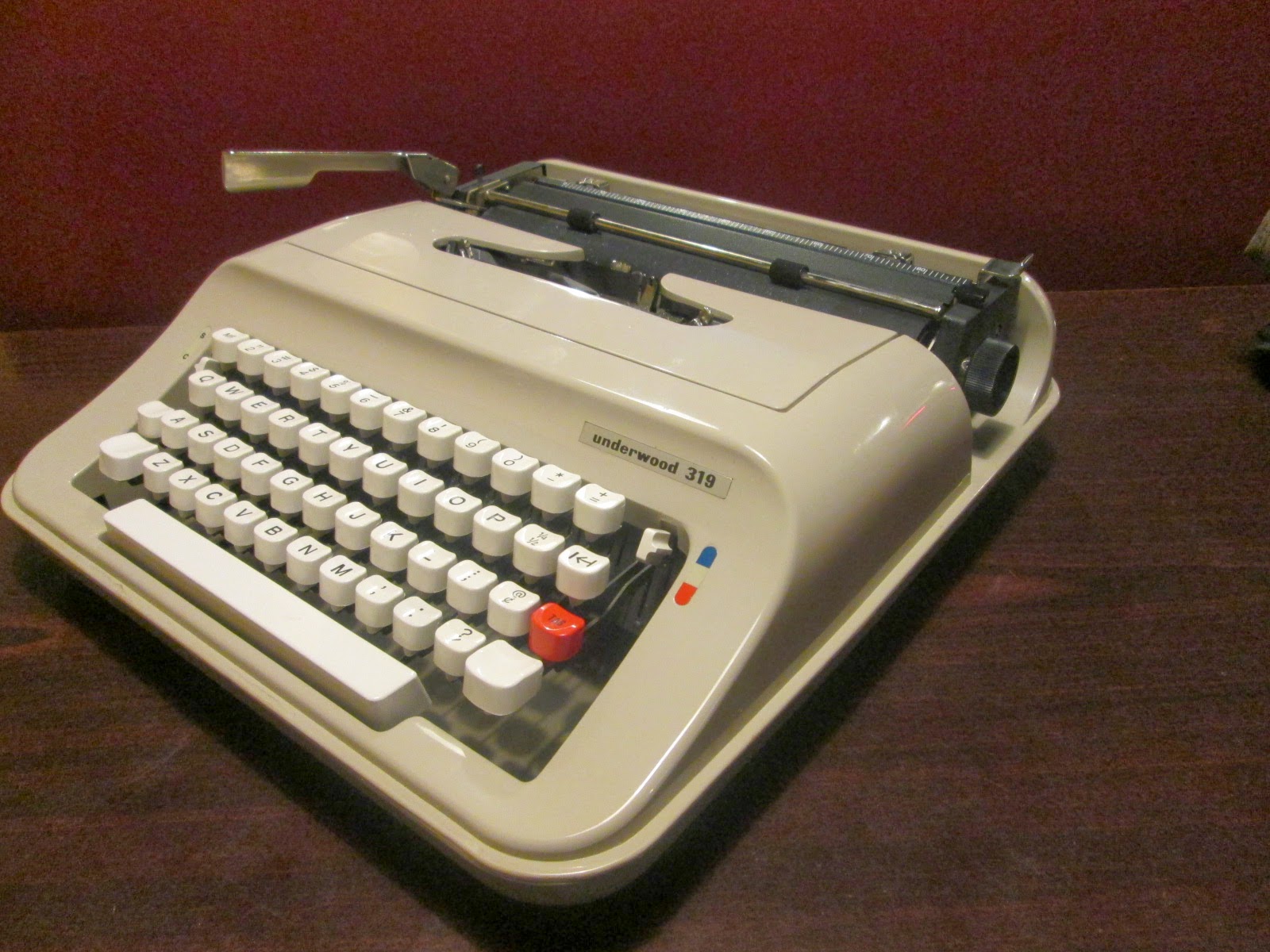 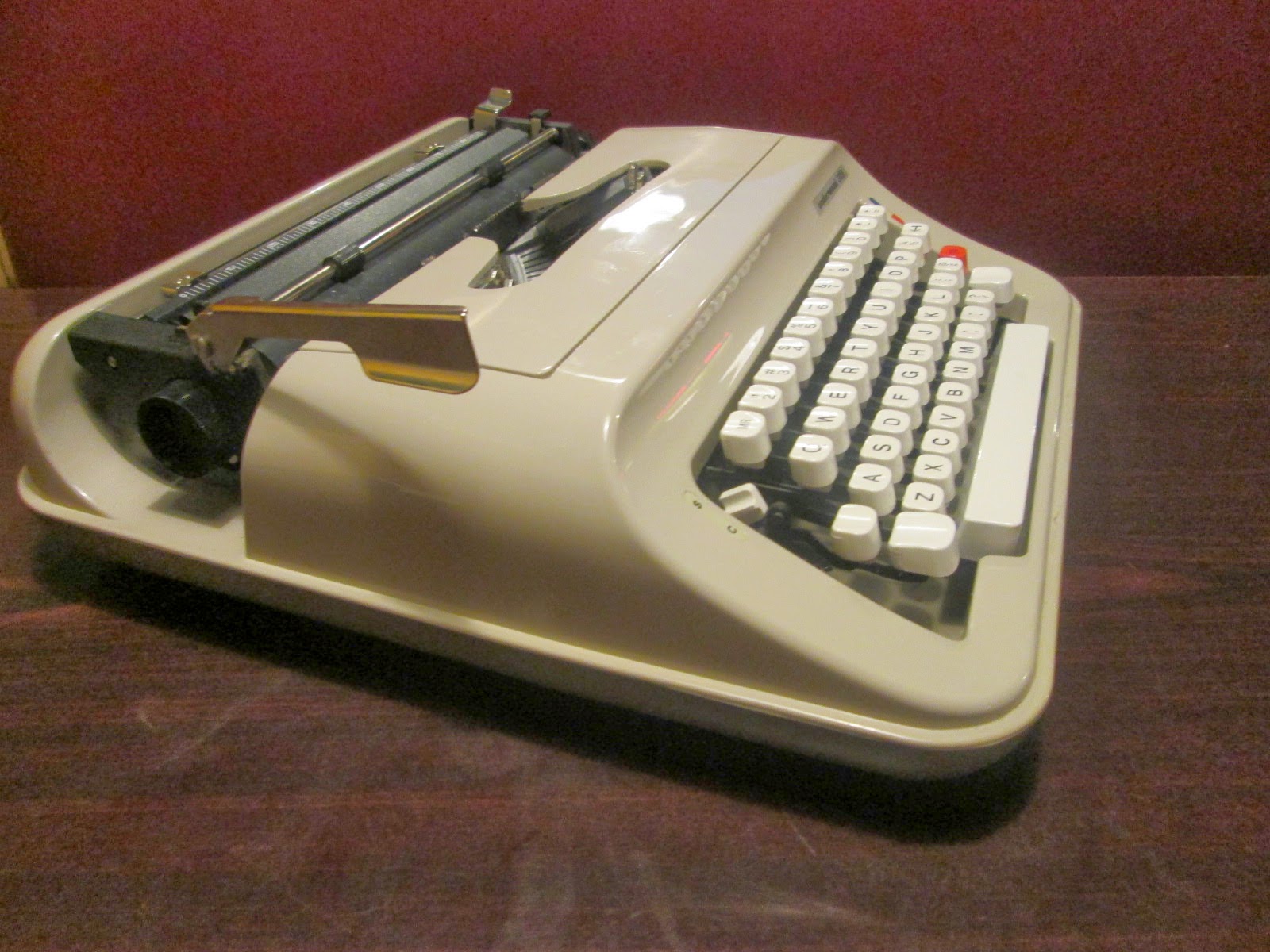 I bought this typewriter for $5 at a rummage sale. I felt that grass was the most fitting place to photograph it in--it brings all of the colors out. 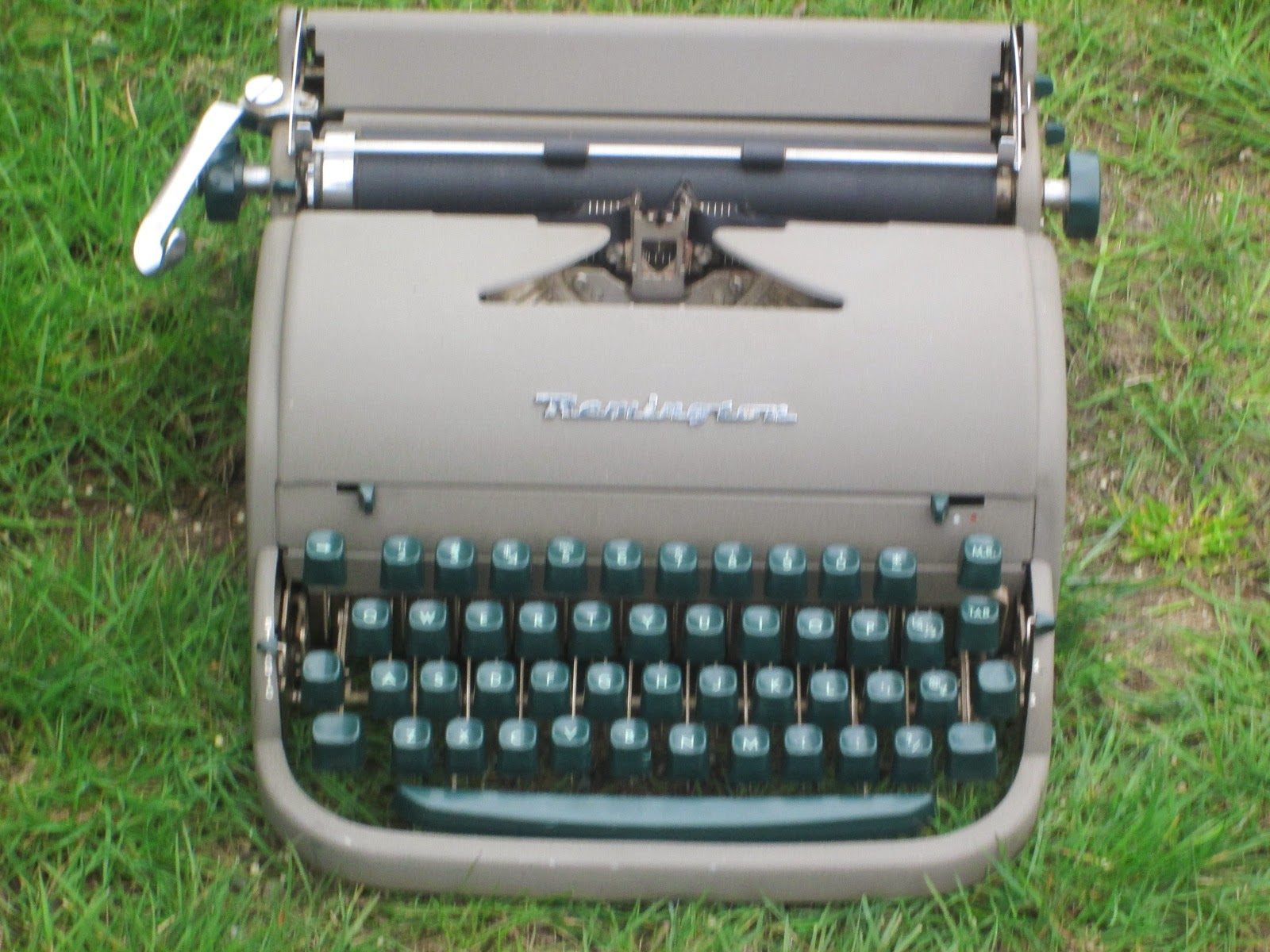 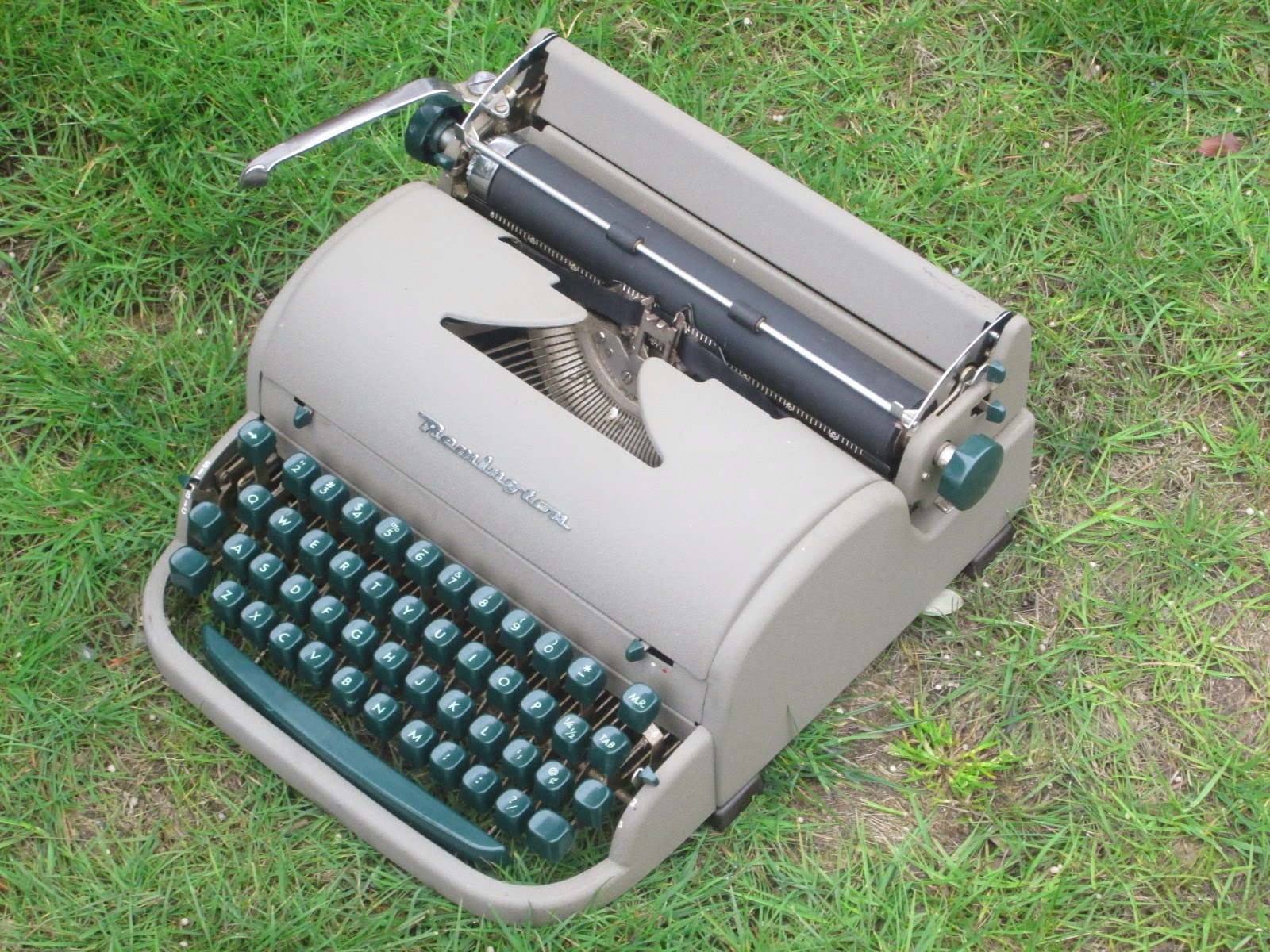 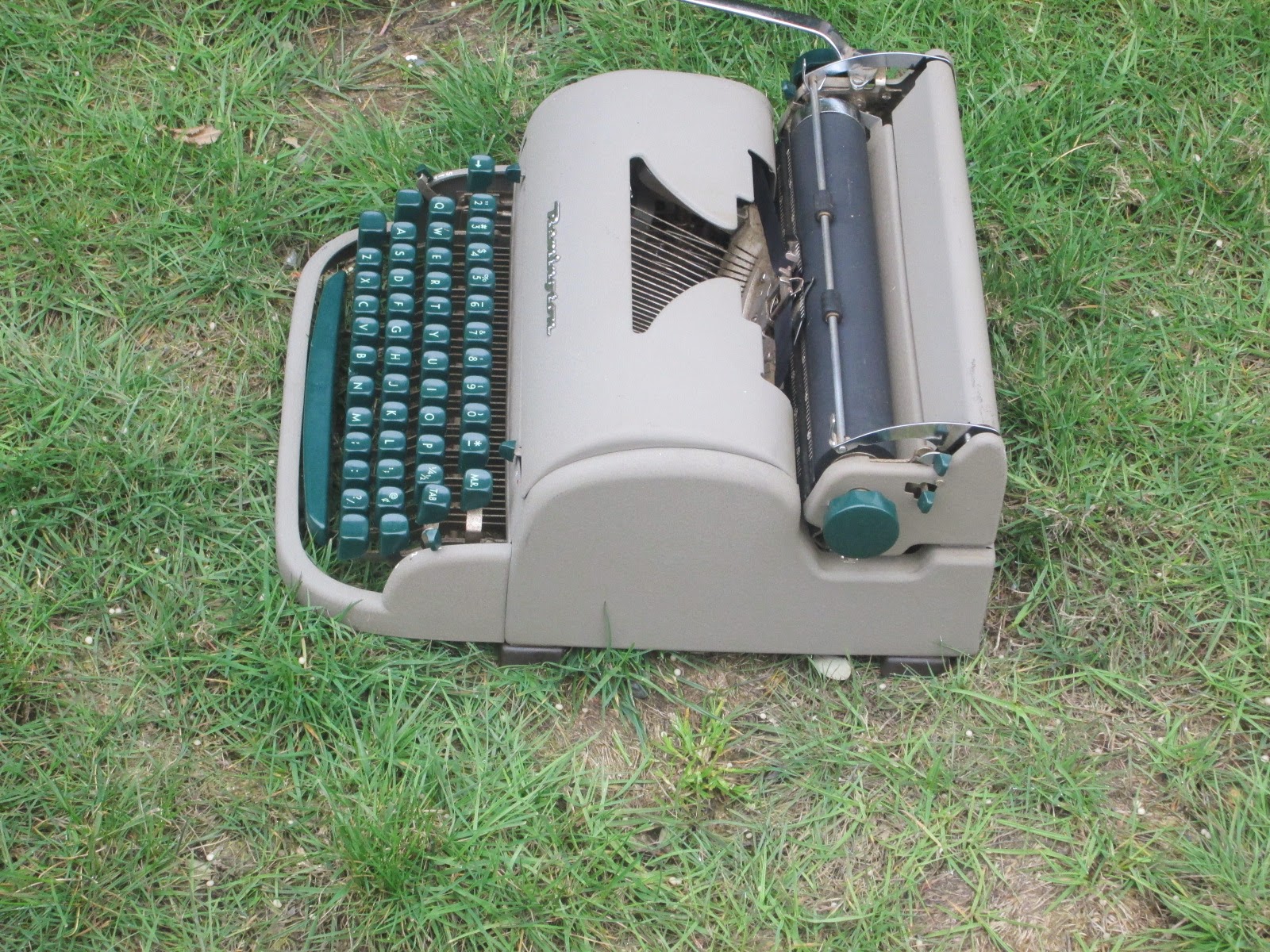 This is my latest acquisition--a beige and brown Tower Challenger typewriter, from Bremerton Office Machines. It has been completely refurbished, and works like a breeze. The platen rubber is still soft--when I type on paper, it shows up on the roller. At some point, the carriage-return lever was replaced with one from a Royalite. 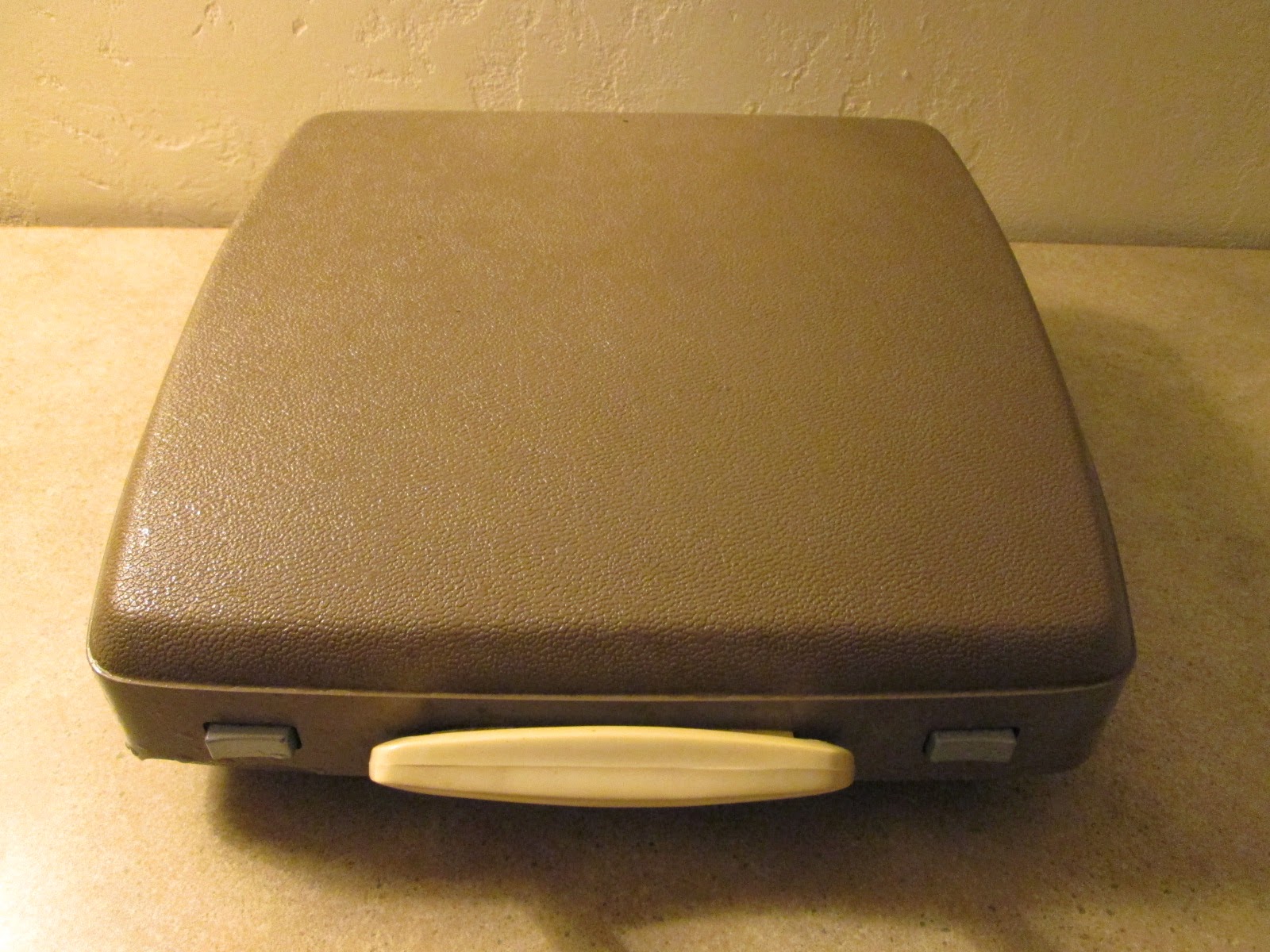 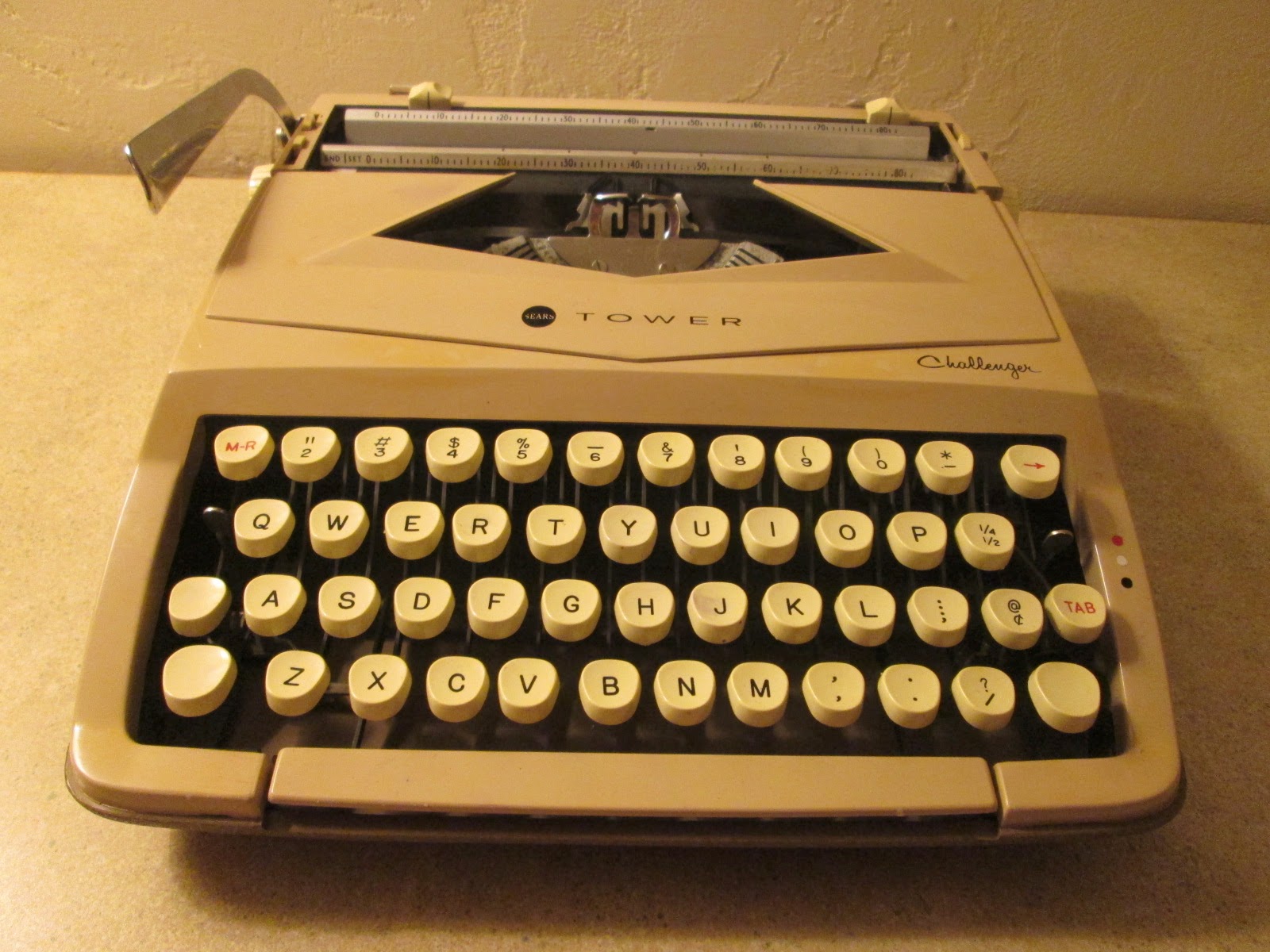 Notice the Sears logo next to the word "Tower." Tower was a brand name used by Sears, and was being phased out when this typewriter was made. 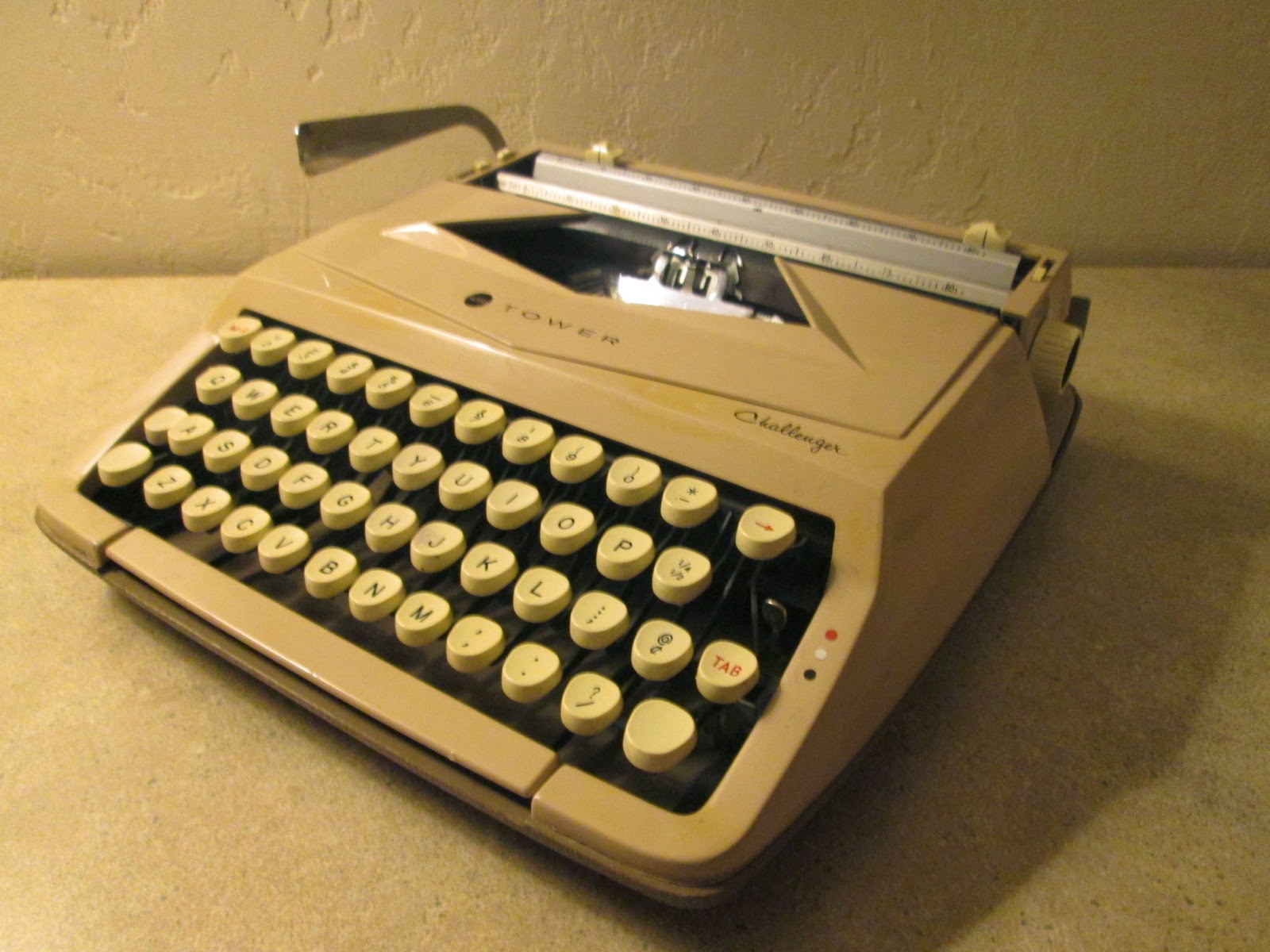 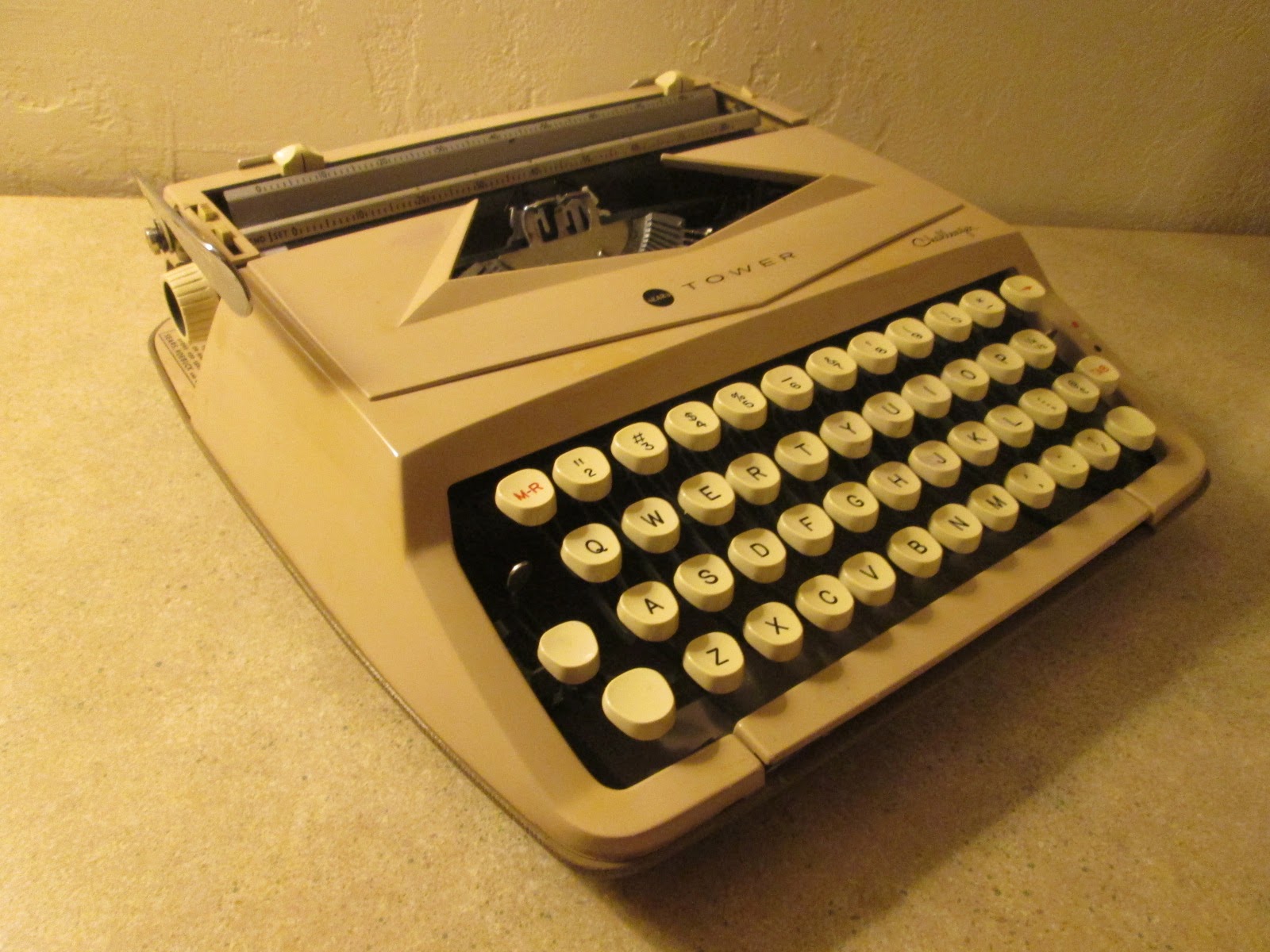 This is a very early Smith-Corona Corsair. The three giveaways to this are the unusual carriage-return lever, the thickness of the plastic and the fact that the touch selector is under the ribbon cover, like that of the Smith-Corona Skyriter. I bought this typewriter for $20 from Bremerton Office Machines. (Mr. Montgomery asked if I thought it was worth $20 after testing it; it worked perfectly, and I love the styling. I thought it was well worth $20). The plastic shell is much thicker than that of my 1967 beige Corsair. Also, the alignment of its pica type is much more positive. The color makes it look even cuter and smaller. According to Mr. Montgomery, these typewriters generally are missing the ribbon cover and the carrying lid. He had no idea why, especially since these parts are so large. 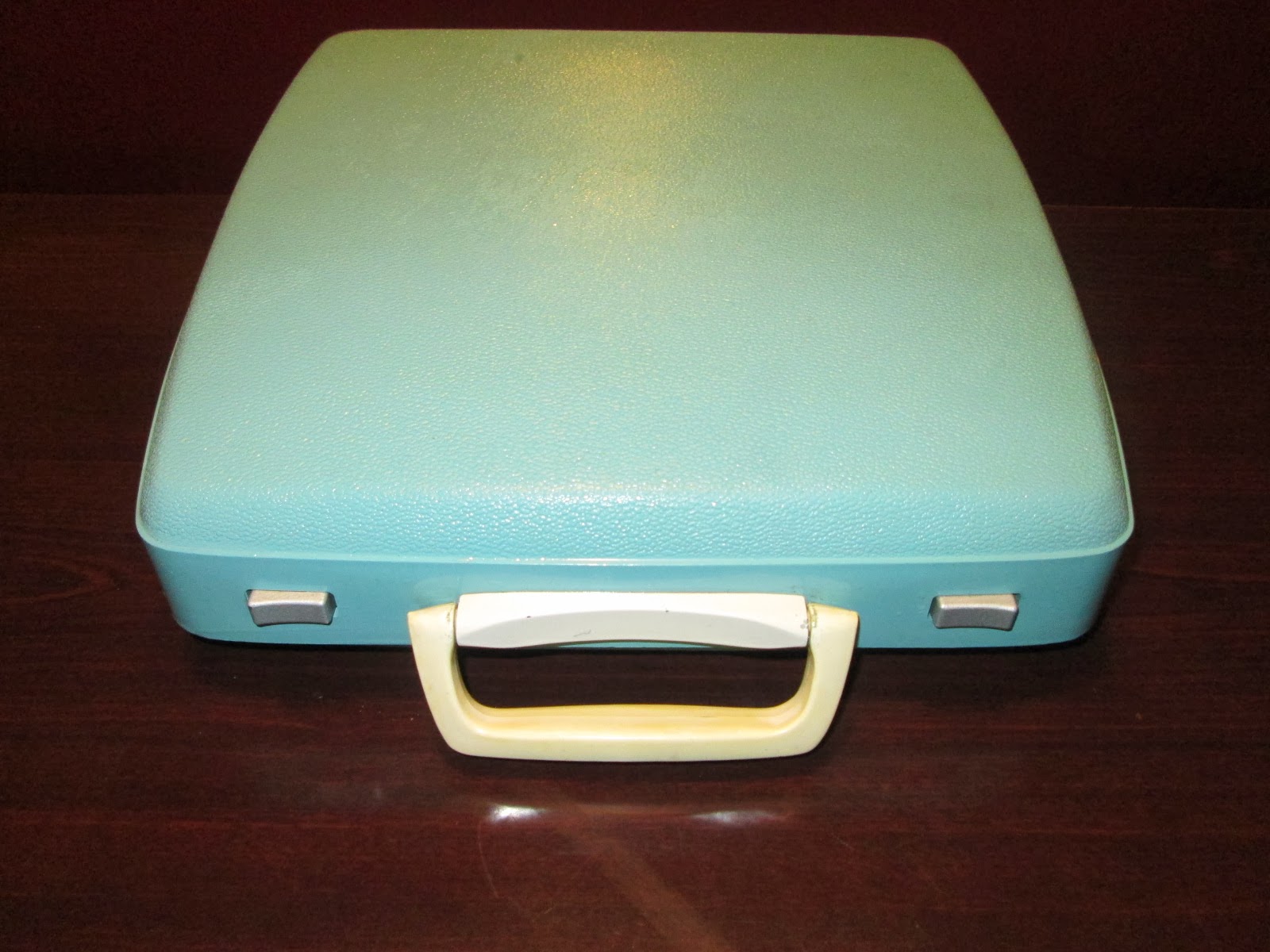 This lid is made out of very thick ABS plastic. (ABS is the same plastic as crash helmets, car bumpers, etc.) 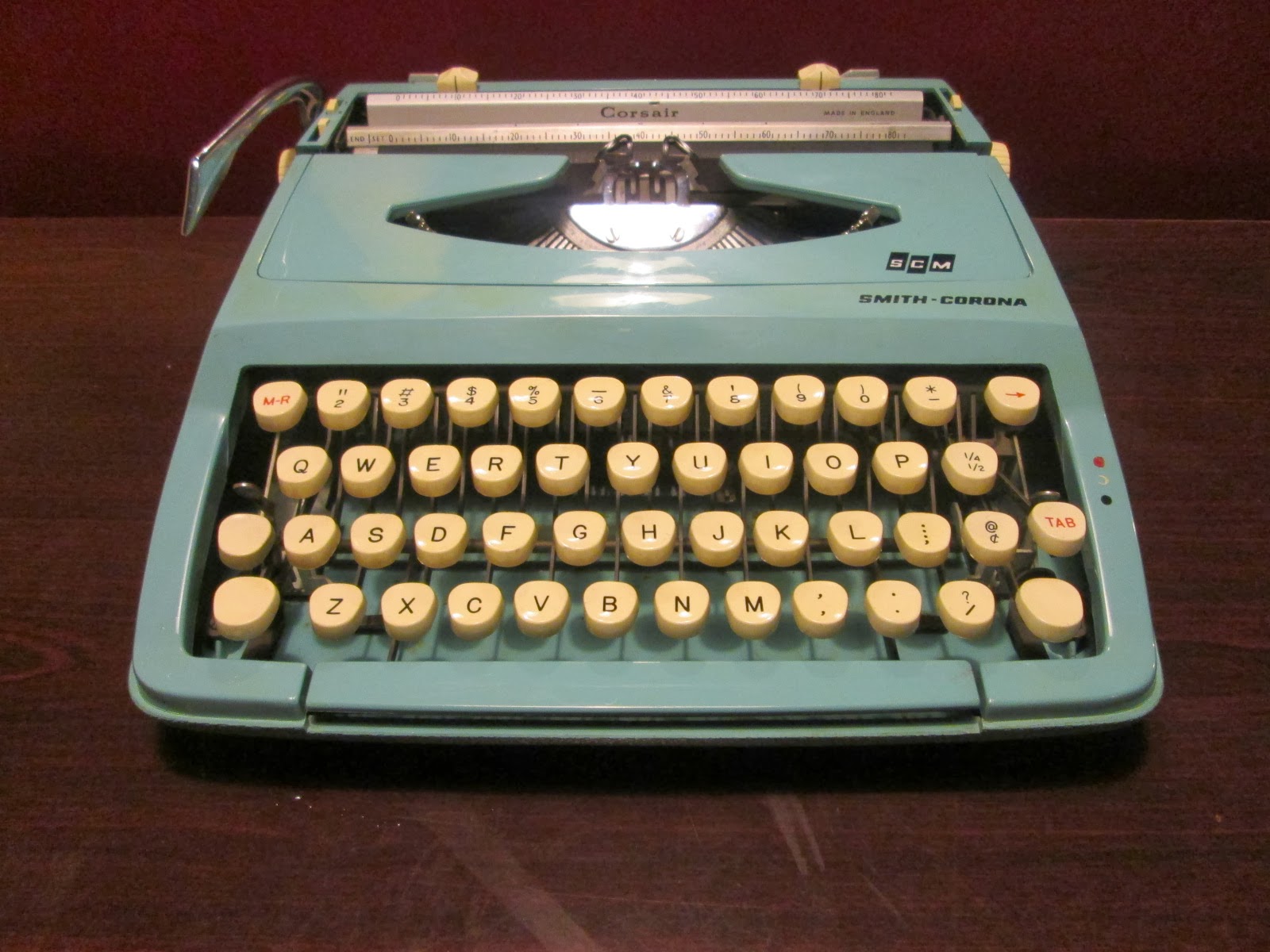 This is what is contained in the lid. Its casing is just as thick as the lid. 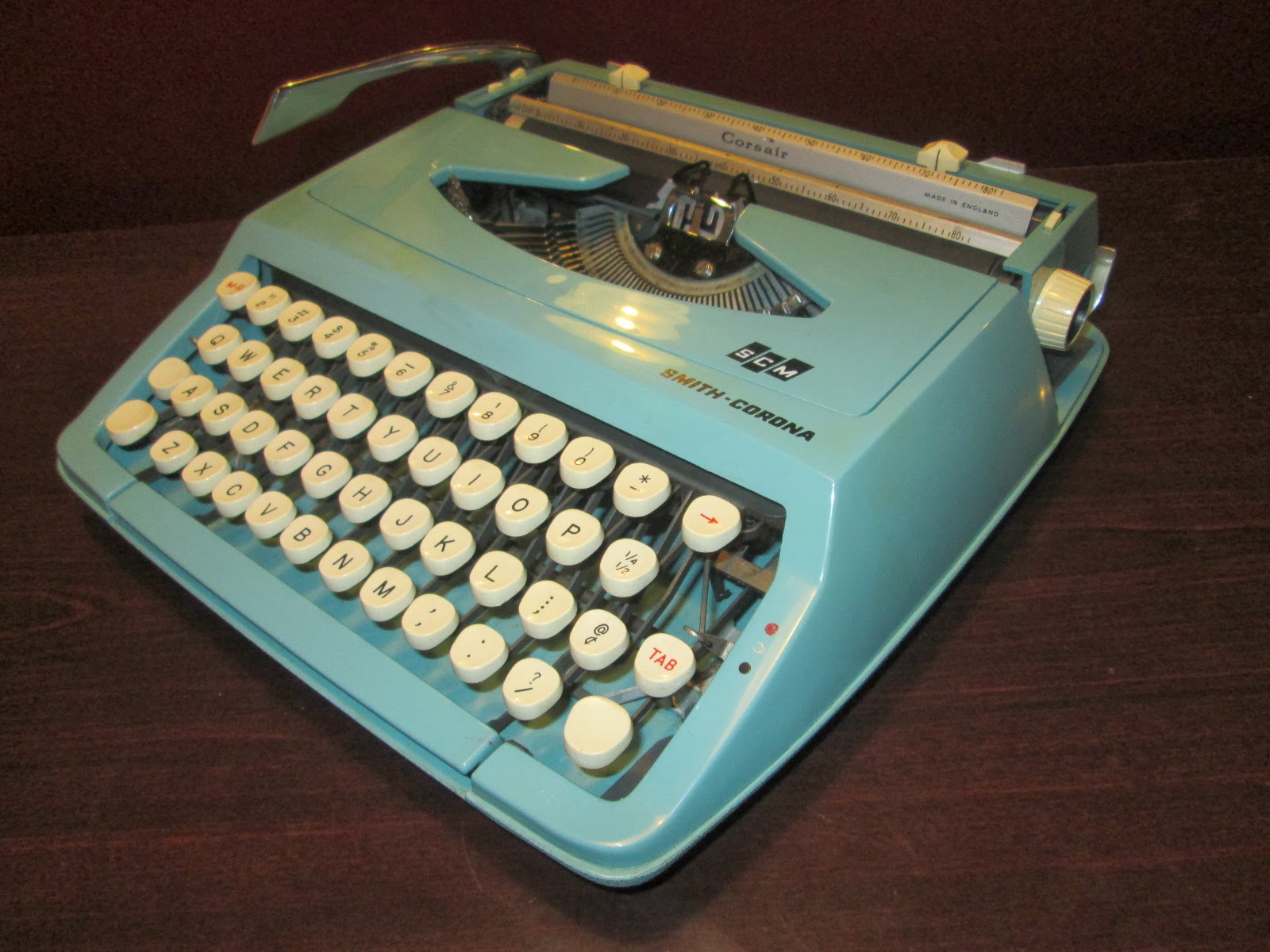 If you look closely at the paper table, you will see tiny letters that say "Made in England". 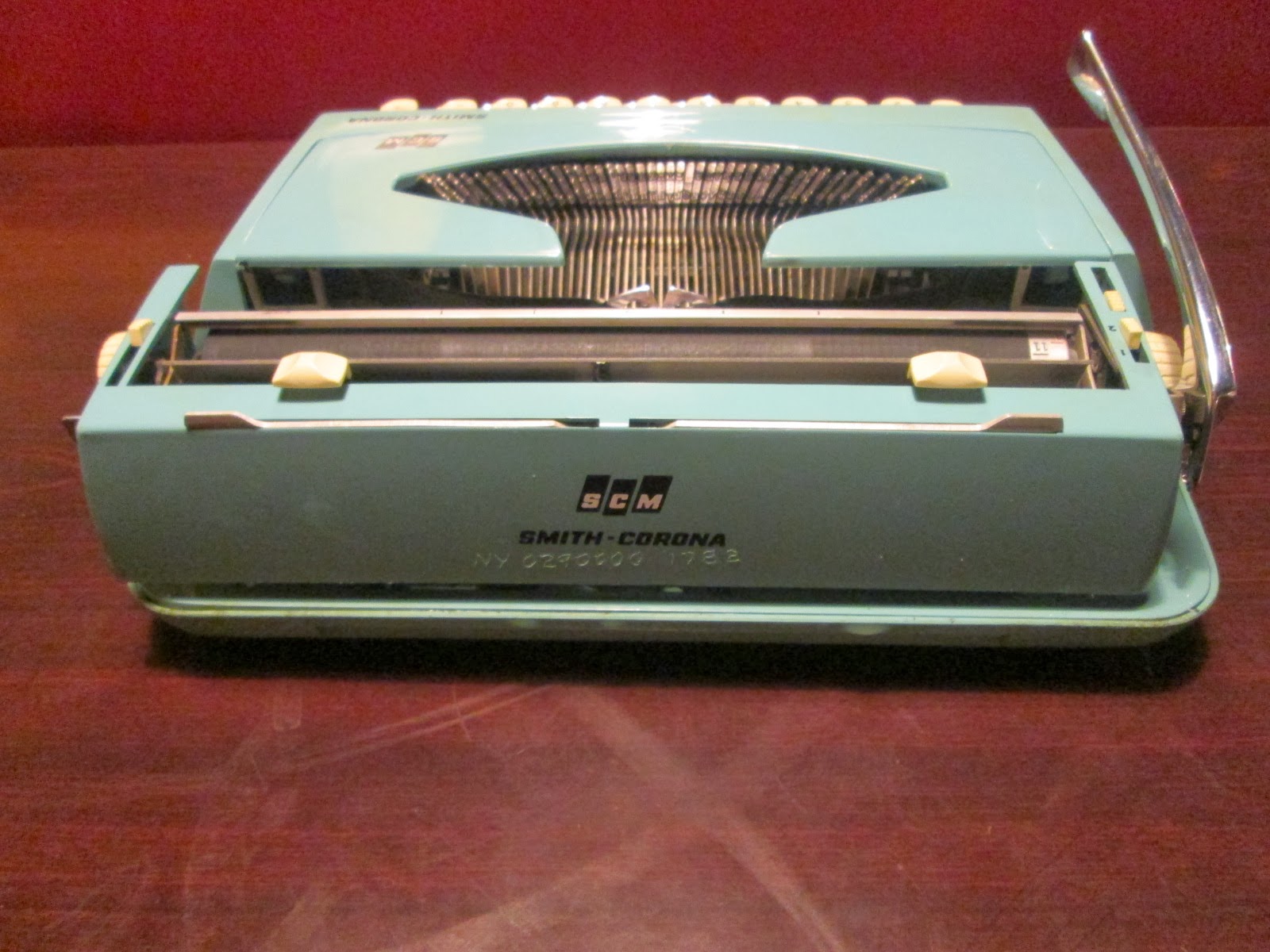 I have no idea what these letters that were scratched into the back mean. 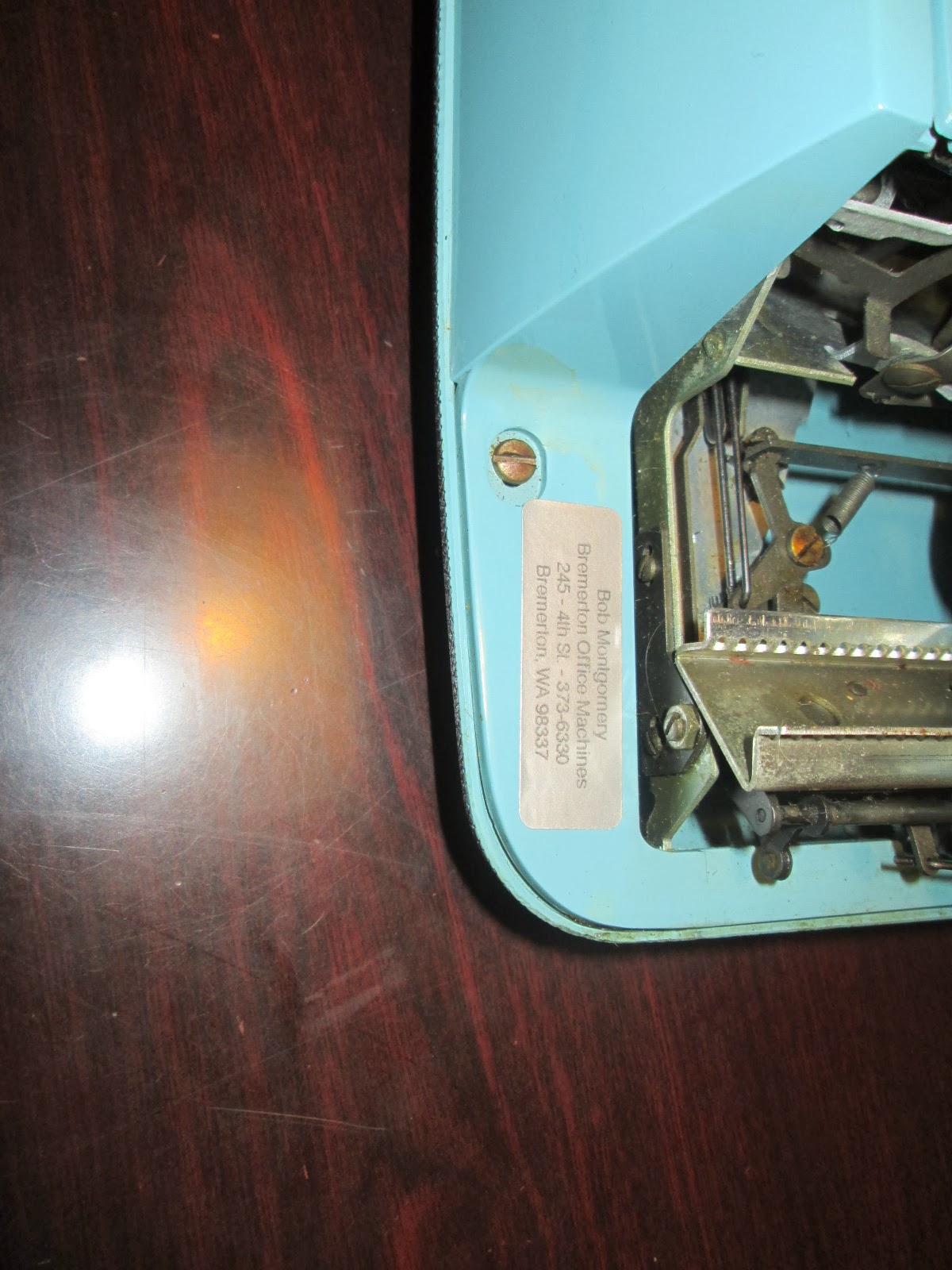 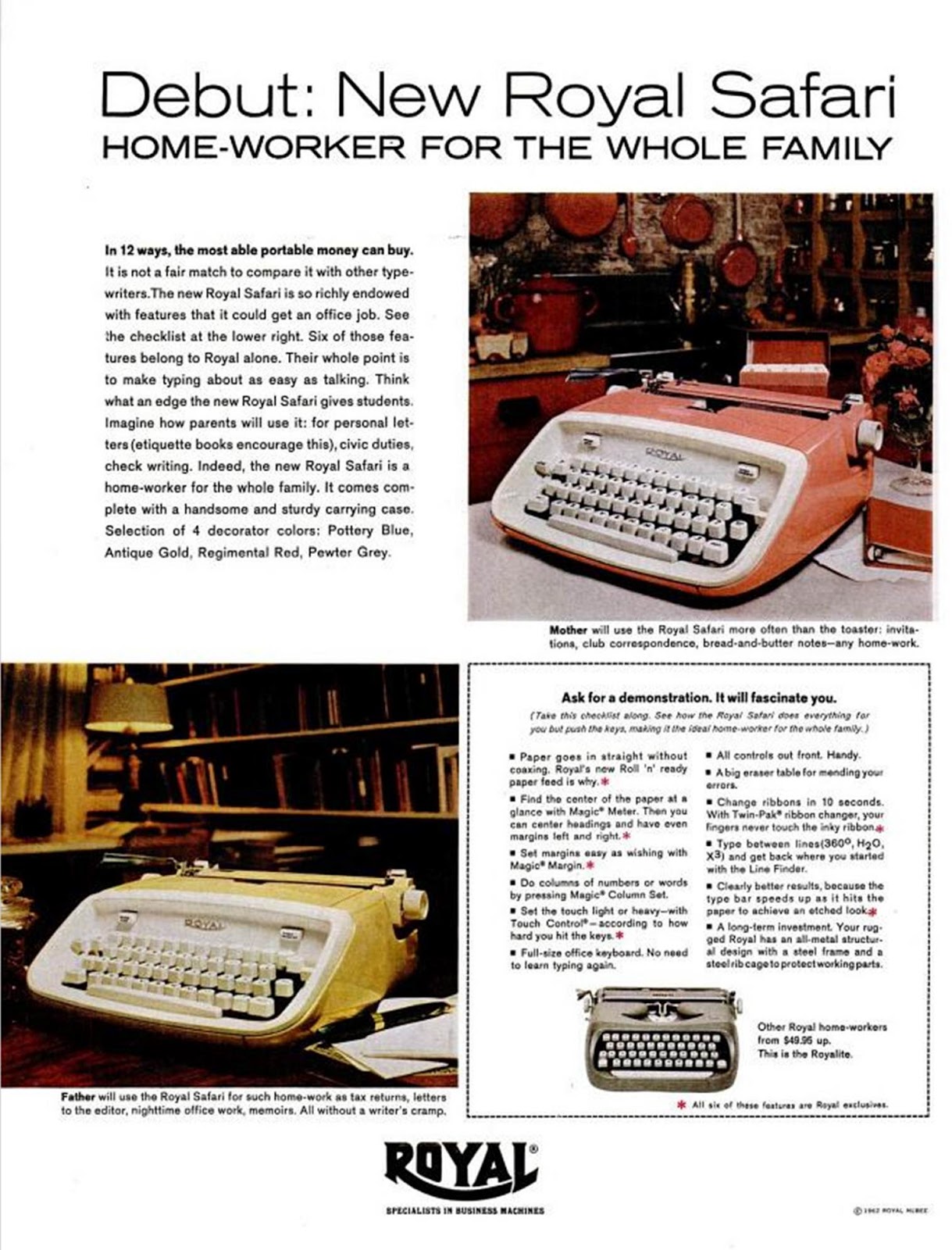 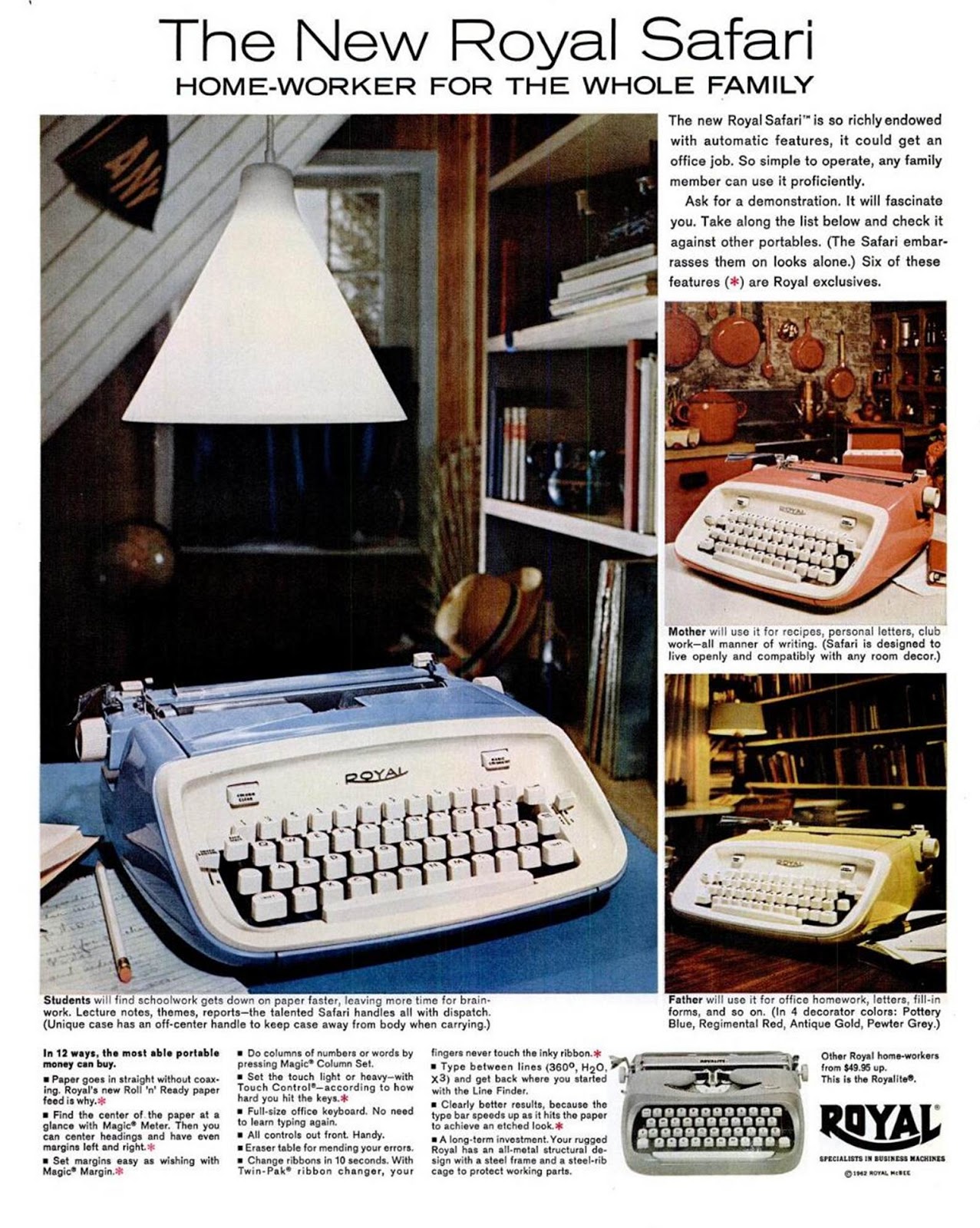 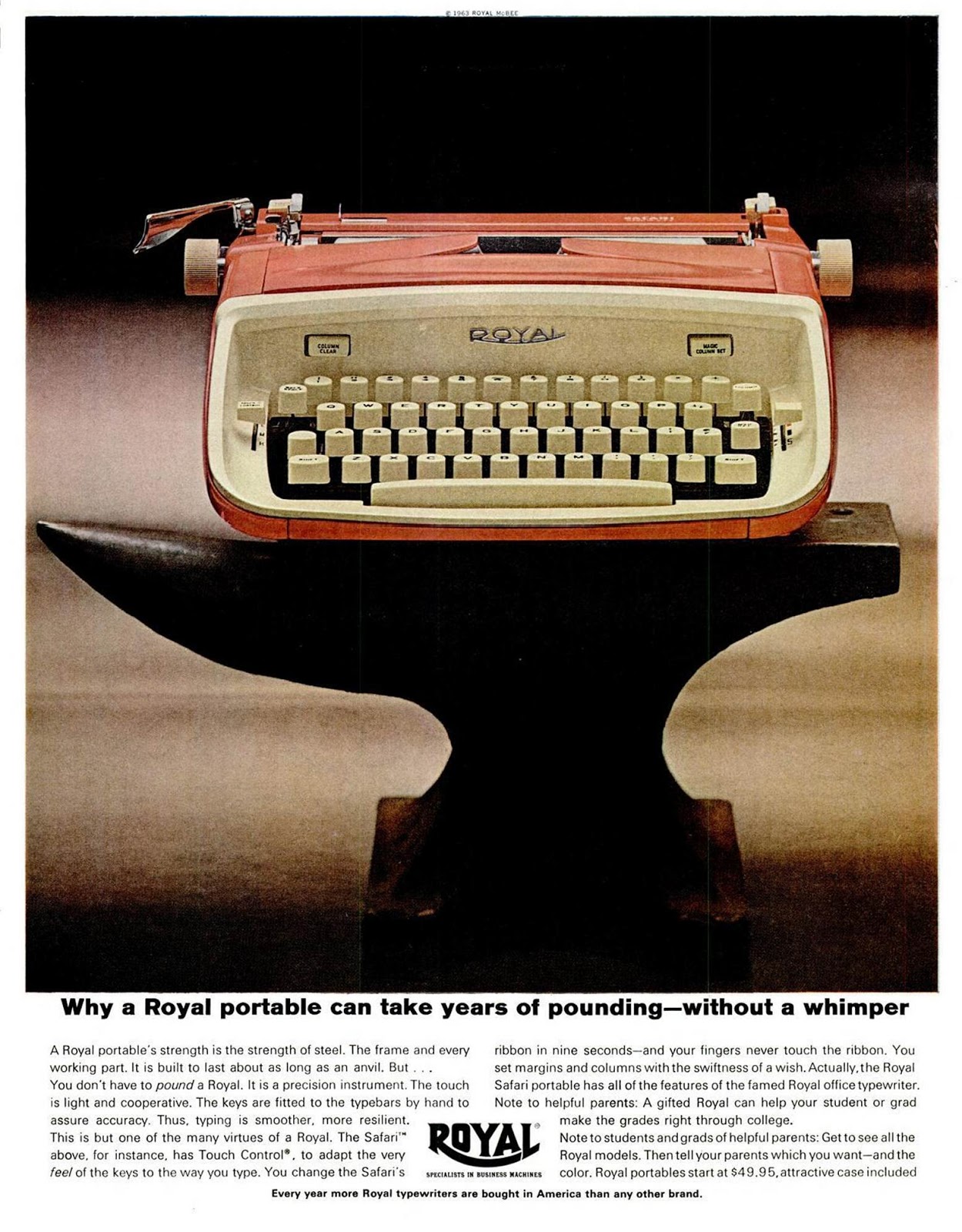 I bought this typewriter in Tacoma, Washington. It is a 1963 Royal Safari, in amazingly good condition--it even lacks the scrape caused by the carriage return lever that so many Safaris have. The advertisements above are from Royal Consmer Information Products. 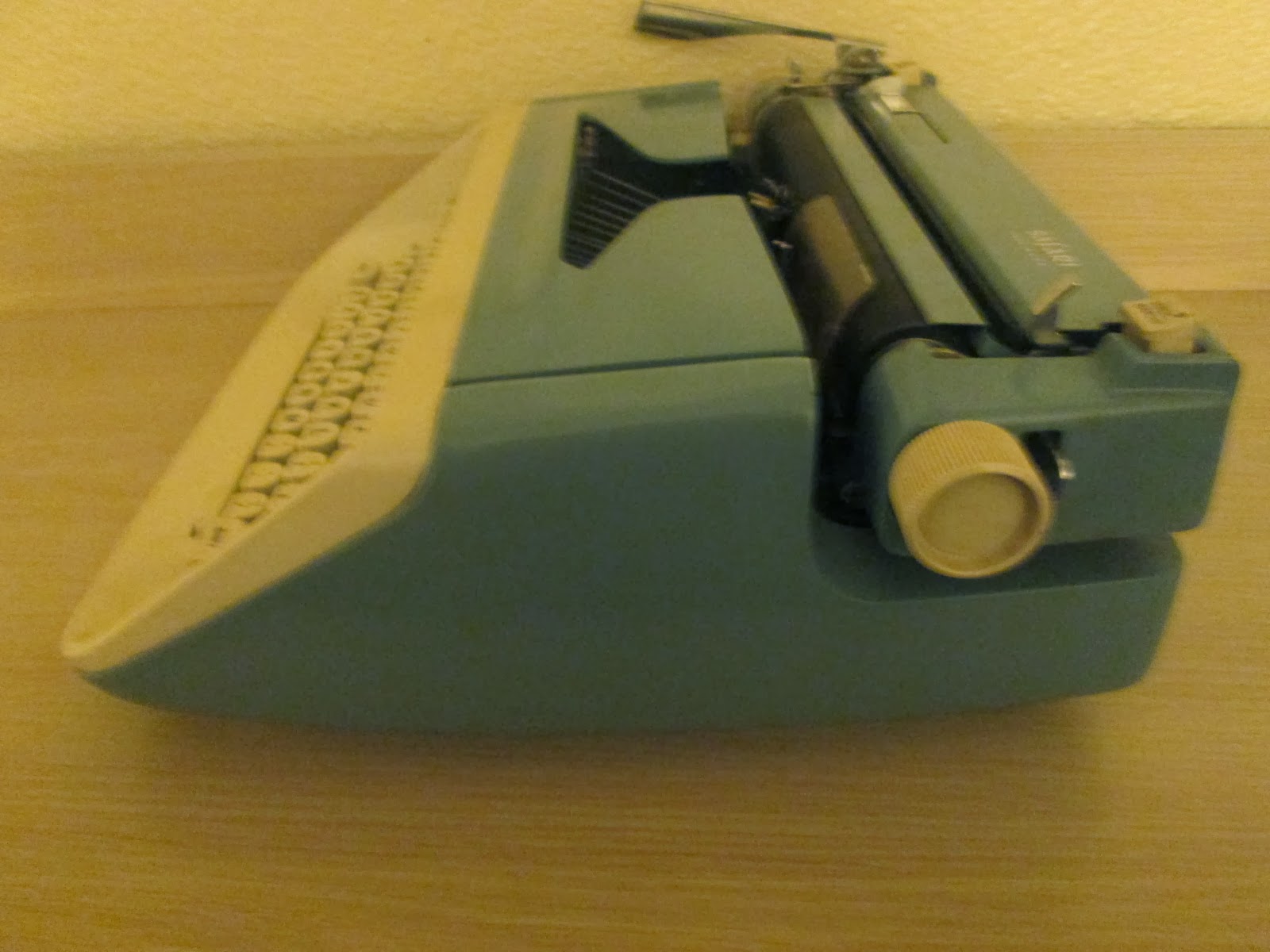 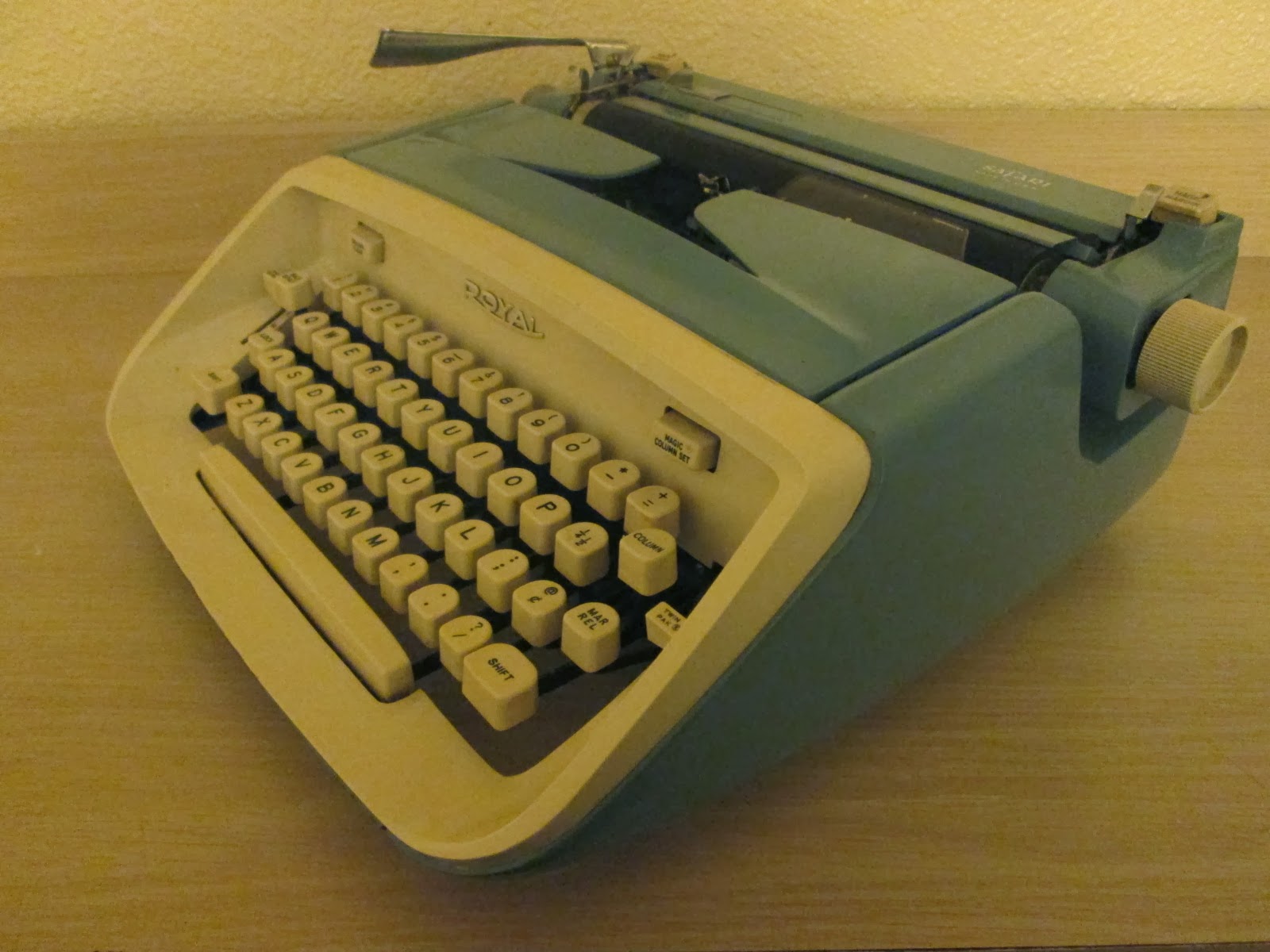 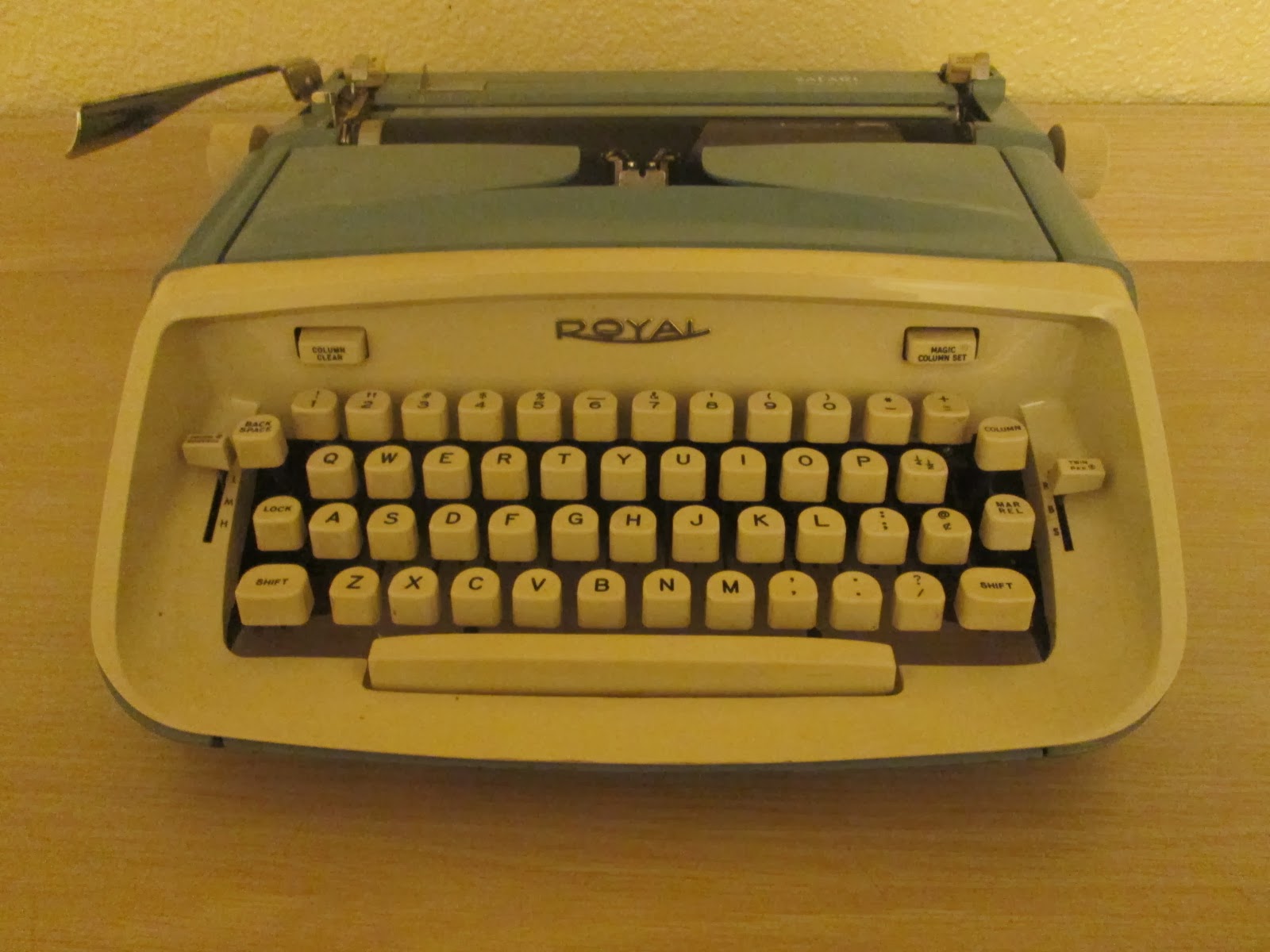