This is one of the best fountain pens I've ever used. It was manufactured around 1963 (when all Sheaffer Imperials were given the name "Lifetime" to commemorate the reintroduction of the Lifetime Guarantee). The trim is 14K gold, and it works beautifully. It has the same amazing feel of the Sheaffer NoNonsense and Cartridge pens, and is cartridge-filled (I am clumsy enough that I know an inkwell is a terrible idea...a man must know his limitations.). The feel of a pen is highly subjective, but this one just feels right to me (in the same way that a Ballograf feels right for a ballpoint). 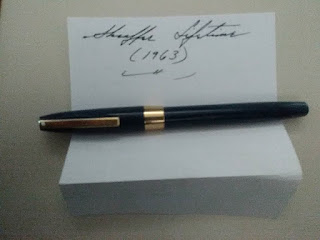 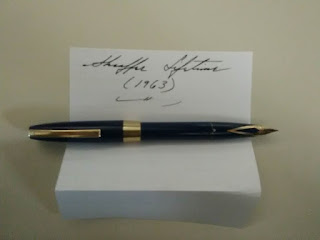 The advertising for these pens was very forward-thinking (in an accidentally amusing way)--I have no idea if anyone made a wristwatch TV, or a "Credit card ring"--or a camera built into sunglasses (Google glass?) 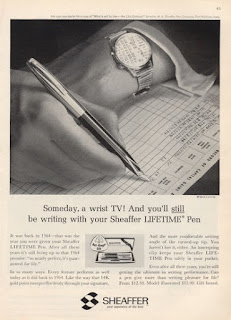 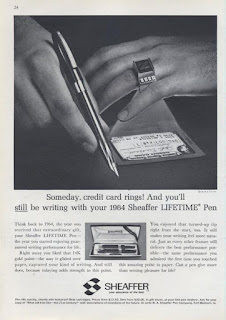 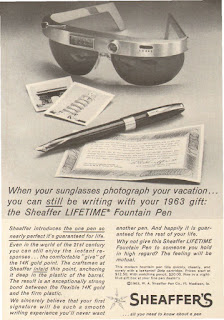 This is one of my all-time favorite typewriters, from its styling to its performance. I won it in a Goodwill Ebay auction on June 1, 2016, for $22.46. Since then, I've cleaned and oiled it, and got a new instruction manual for it (thanks, Greg Fudacz!) It is the smoothest running portable I've ever owned, especially for a compact. I love its imitation leather styling, and vibrant red case! 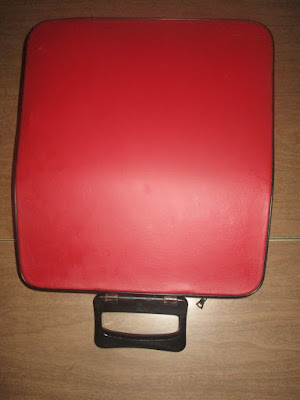 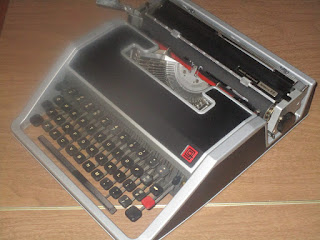 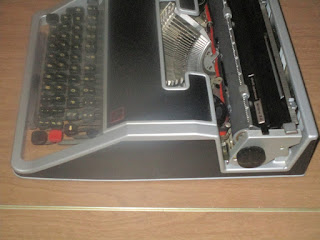 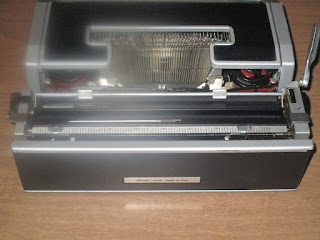