In 1959 Royal changed the color of their low-priced Royalite from jade green to a modern two-tone gray color scheme. Gone were the flat green keys that were left over from the Halberg Traveler:
In their place were new, taller ivory keys. The paper support from the Halberg was replaced with the paper support that would continue in production on Royalite typewriters until 1967.
The "portfolio-type" case continued in production until 1963, when it was replaced by an attache-type case, as seen in the picture below: 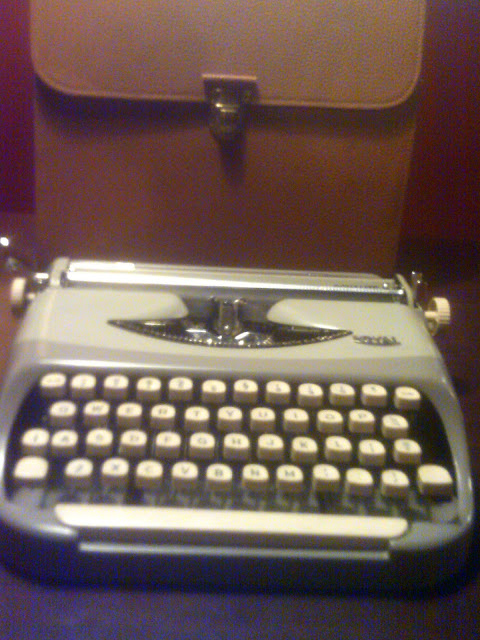 Like the original case for the Royalite, this case is made of vinyl-covered cardboard. The typewriter in the photograph was manufactured in 1963, while the one in the first photo was made in 1962. Other subtle differences can be found between the two machines: