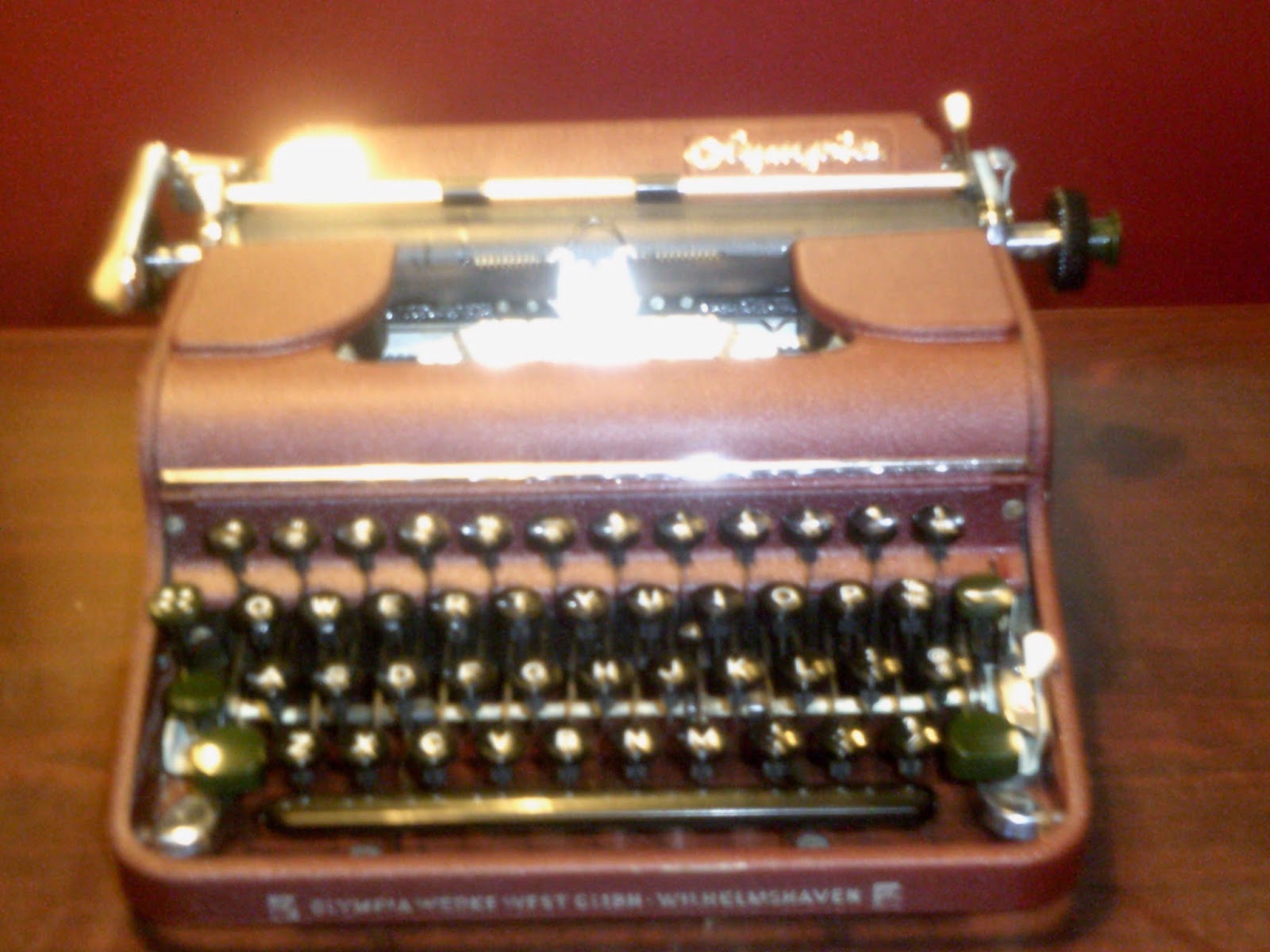 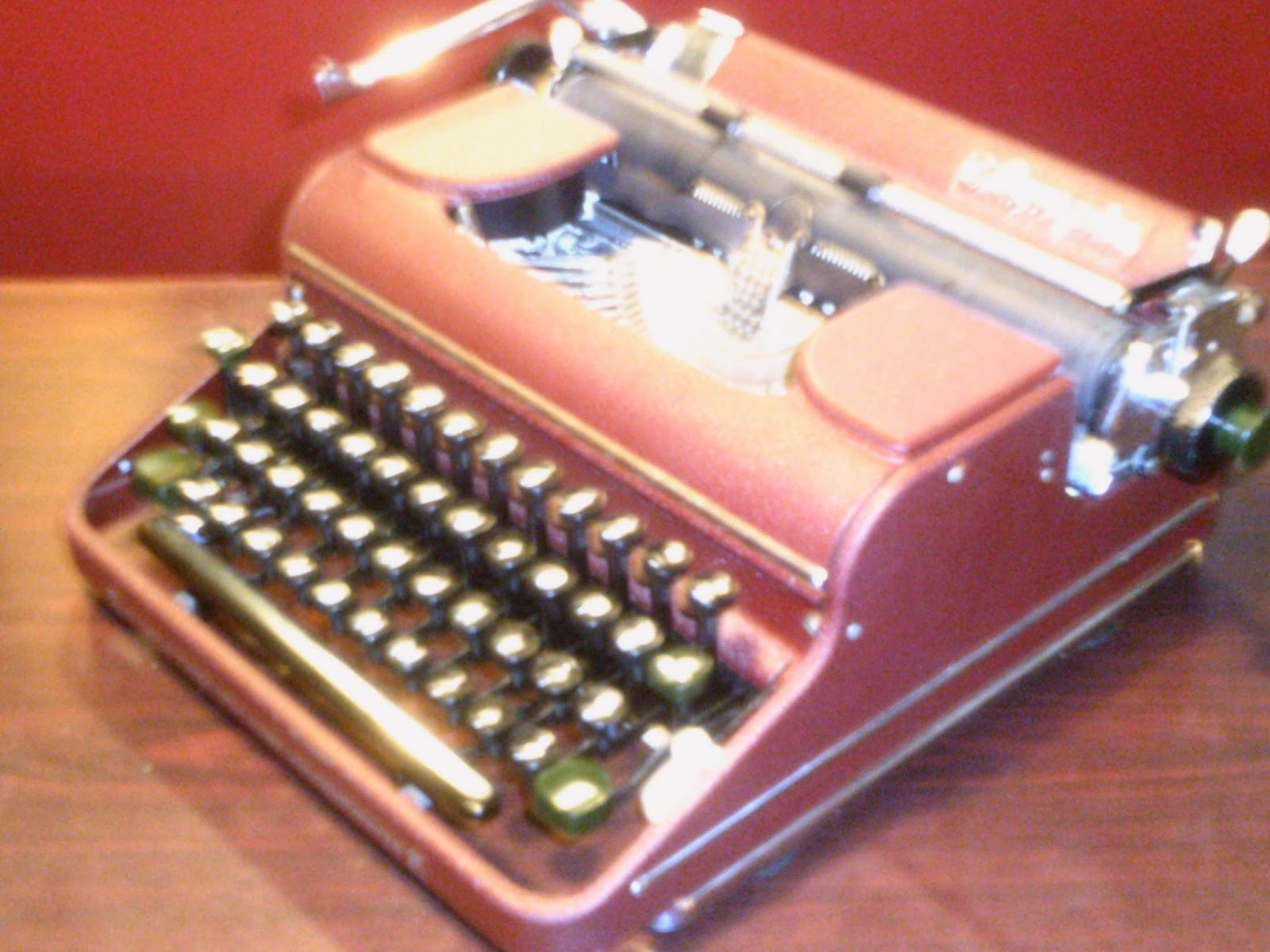 In 1950, when this typewriter was made, few Americans had heard of the Olympia portable. Those who were lucky enough to have known about them had no access to them until 1950, when the Inter-Continental Trading Company of New York City began importing them to the United States.  However, at the same time, a well-known foreign correspondent, Theodore H. White, was visiting Russia, where a diplomat sold him a light gray Olympia for $25. While it said "made in Germany" on the rear, he thought that it could have been made in Russia, and not "Germany". Add to that the general fear of Communism, and McCarthyism, and suddenly the German typewriter became "possibly Russian." The articles below are the results. 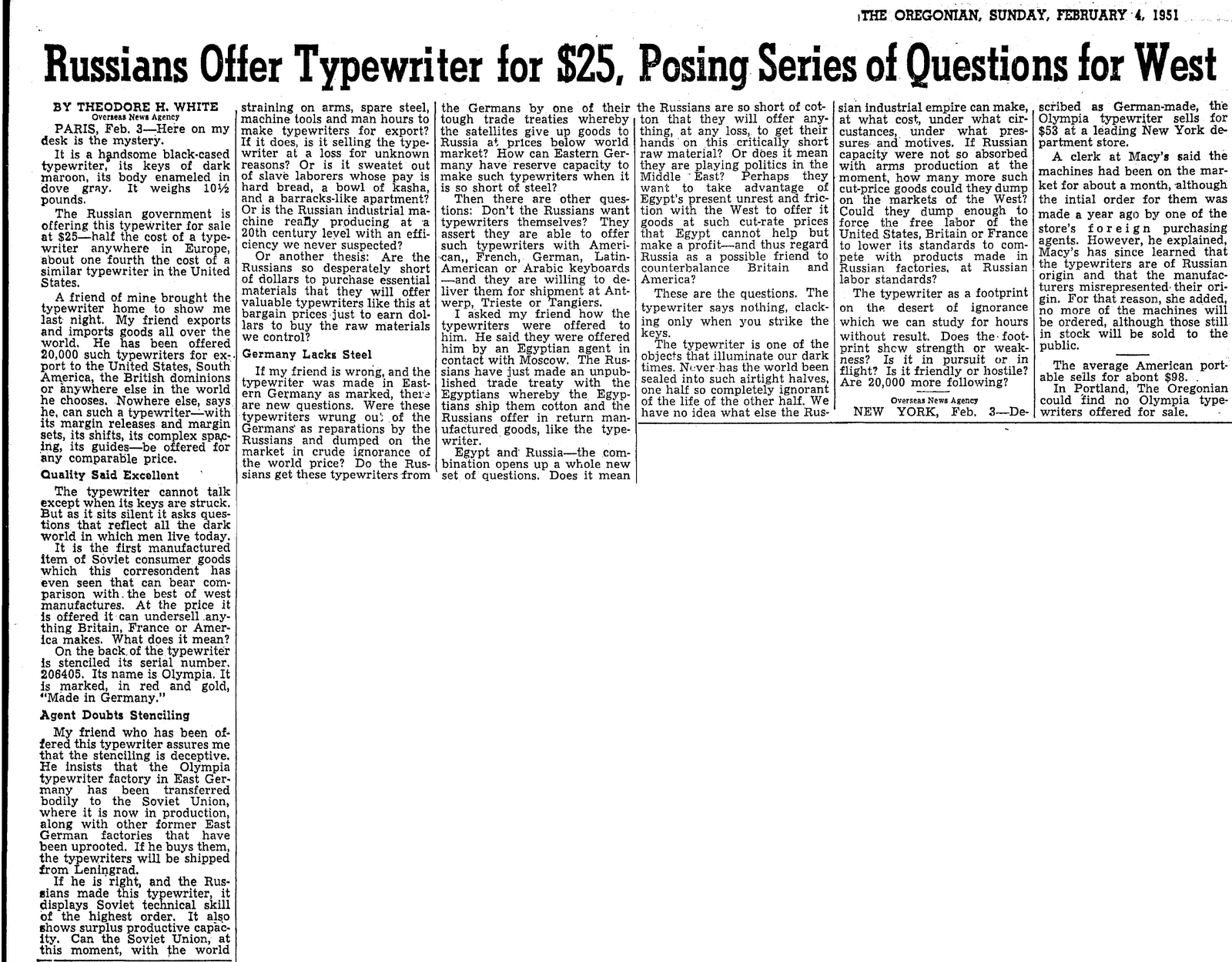 And, of course, as it turned out, the J.K. Gill Company, the store that wasn't sure if they would ever sell Olympia portables, became one of the biggest Olympia dealers by the end of the 1950s...how's that for irony?

Simply by looking at the typewriter, one thing becomes completely clear--the manufacturer took a lot of pride in their product--notice the raised Olympia logo in polished chrome. The typewriter has soundproofing in many places, including the resting place of the ribbon cover. The plastic knob caps are designed to look like
pearls. 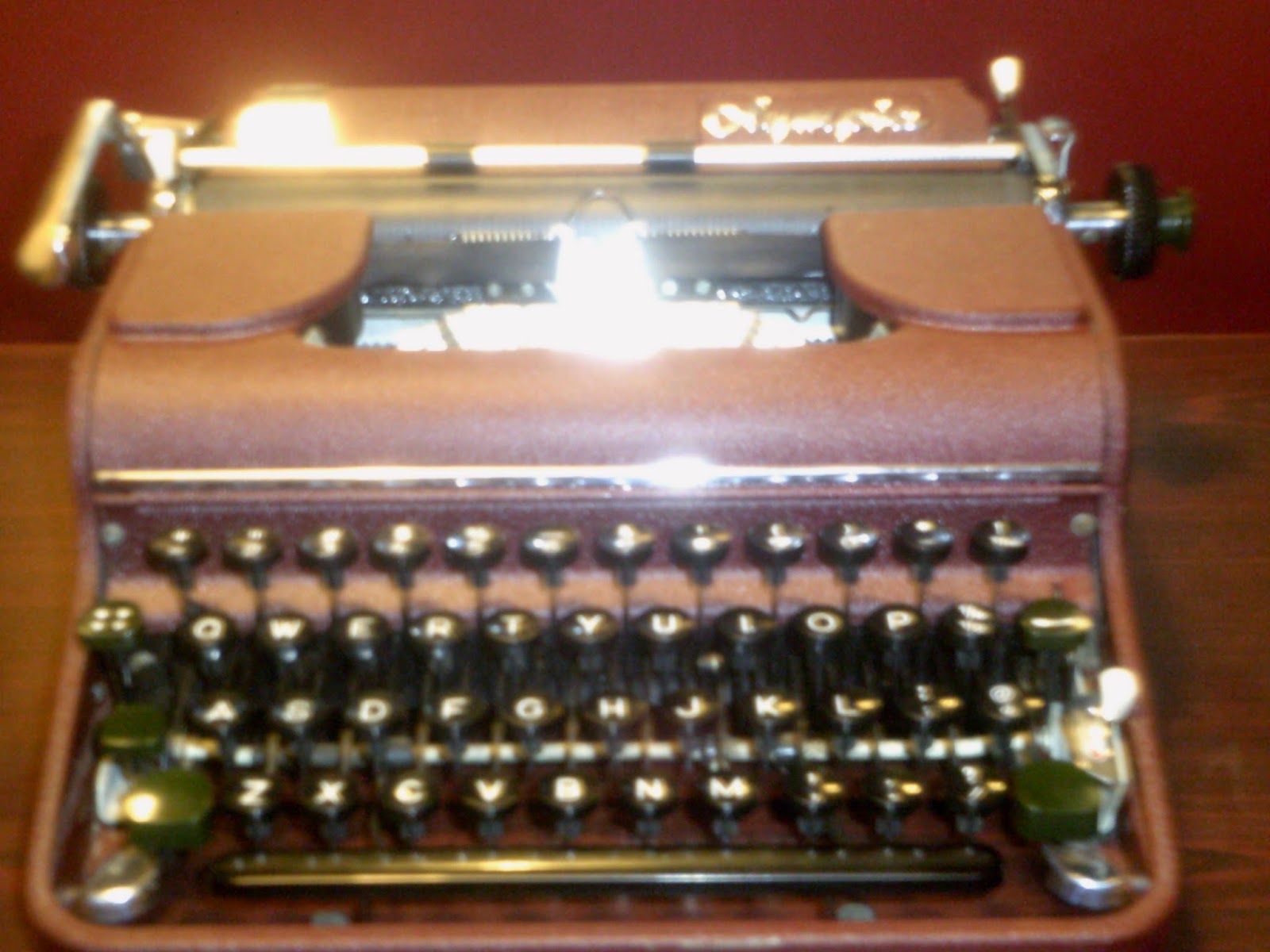 I forgot to mention the most ironic part--this typewriter is painted red!
Posted by Nick Bodemer at 1:44:00 PM