On July 7, 1950, Jean O. Reinecke and Jon Hauser filed a patent for a typewriter case with Hawley Products Co as the assignee. The new carrying case was made of molded fiberglass, with a tweed covering. According to Robert Montgomery, the earliest cases were actually made of "laminated cardboard" that was sold to the Royal Typewriter Company as being "fiberglass". The case below is an example of a cardboard case. It is easily identified by the enormous chrome band connecting the handle. (and the fact that it dents easily). Royal sued the manufacturer for false advertising and won. As a result, most 1951 and 1952 Royal Portables have cases that actually are fiberglass. However, it is always possible to find exceptions to every rule. According to a history of American Tourister luggage, American Tourister began by manufacturing luggage of molded plywood veneer, until the postwar period, when "[Sol] Koffler met Don Hawley of Hawley Products at that same trade show and discussed the aqueous plastic material Hawley had first produced for use in shell casings and pith helmets during the war." According to a biography of Peter DeLuca , "In 1960, Western Molded Fibre merged with Hawley Products Company of St. Charles, Illinois, the largest manufacturer of molded fiber products in the United States. This company manufactured all of the very high quality speaker cones for sound reproduction at that time. They also produced the shells for American Tourister Luggage, many automobile heater system components, and a variety of other items made by the molded fiber process. " 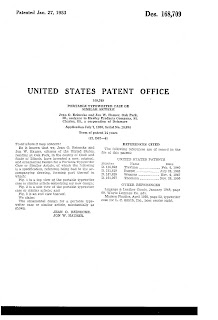 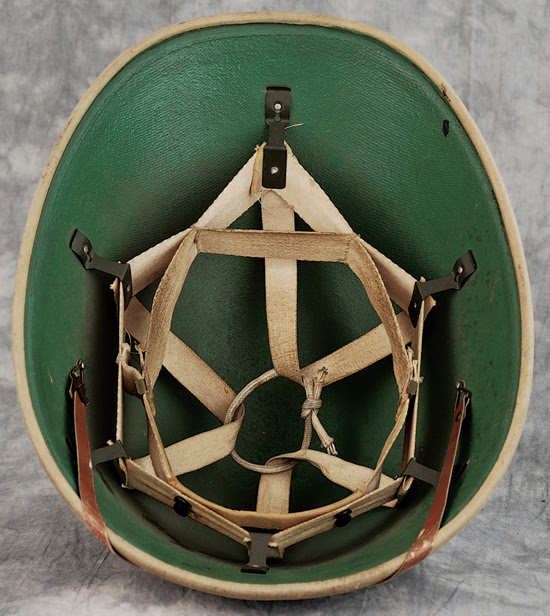 For more information about the pith helmets made by Hawley Products, please follow this link.

Until 1953, gray Royal Quiet Deluxe portables had carrying cases with red linings and gray keytops; tan Quiet Deluxe portables came with green keytops and green case linings. In 1953, the green lining became standard. Around 1954, the case was slightly redesigned with a larger latch and wider chrome band. 1955 saw a change from yellowish tweed to grayish tweed coverings. The lining was changed from green to gray at this time. The case design continued on the lower-end Futuras into the early 1960s; these had turquoise linings.