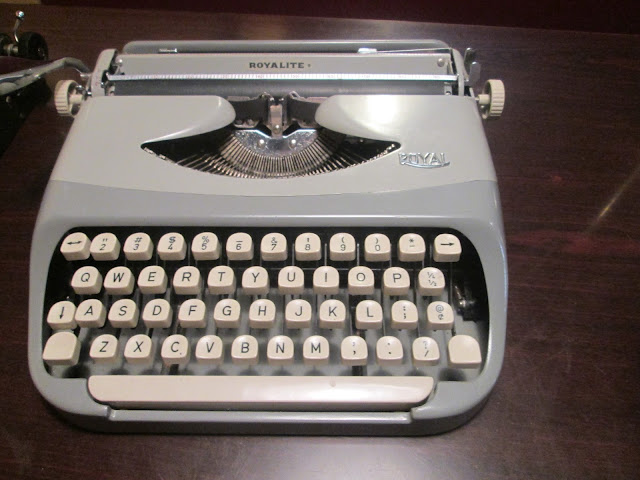 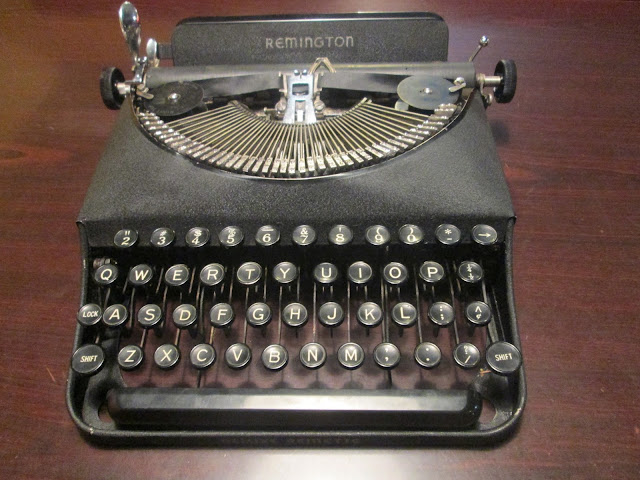 While the Royal Royalite and Remington Deluxe Remette are mechanically very different, they have a lot in common. Both were low-priced portables. Both are compact, and both use a single-color ribbon. (In the Royalite, a two color ribbon can be used--if you want to use red, you have to turn the ribbon over...much more trouble than it's worth...) Both have a similar "feel"--the same amount of pressure is needed to operate each typewriter.
Despite their similarities, the Royalite is much easier to use, due to its additional features, including: line-lock, which prevents the user from typing after the margin, a bell, automatic ribbon reverse, a carriage lock, paper support, a margin-release/de-jam key, horizontal carriage-return lever, three-position line-space lever (1, 1.5, and 2 lines), margin stops on the top of the carriage, instead of the back of the machine, a fully-enclosed frame, and a standard-size ribbon, and sound-proofing. As a result of these features, the Royalite is very easy to use, and much quieter. The Royalite is also two-tone gray, while the Deluxe Remette is black. Overall, the Royalite is the better typewriter for general use. Also, because the finish on the Royalite is smooth, it is easier to keep clean (the Deluxe Remette has a crinkle finish. Crinkle finishes are natural dust-magnets).