I bought another Olivetti Lettera 22 as an exchange for a large Olympia "portable" typewriter. It was made in 1956, and includes its original case. As most of the handle's covering had fallen off, the handle is now neatly covered in red tape (literally). The case has the number 10 written on it in large white lettering, making me think that it was sold at a thrift store at some point. Other than that, it is in great condition. 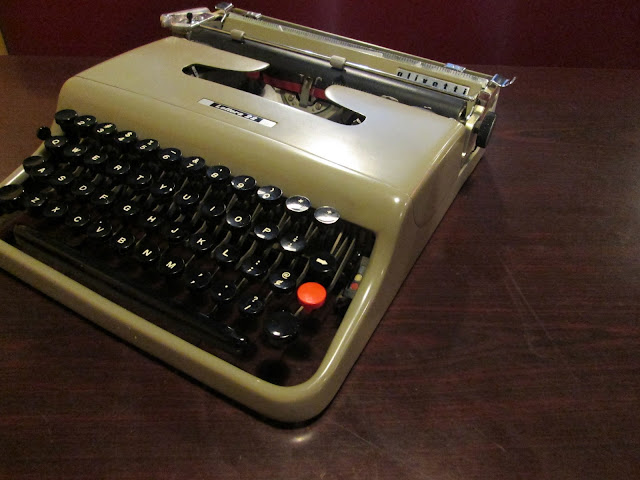 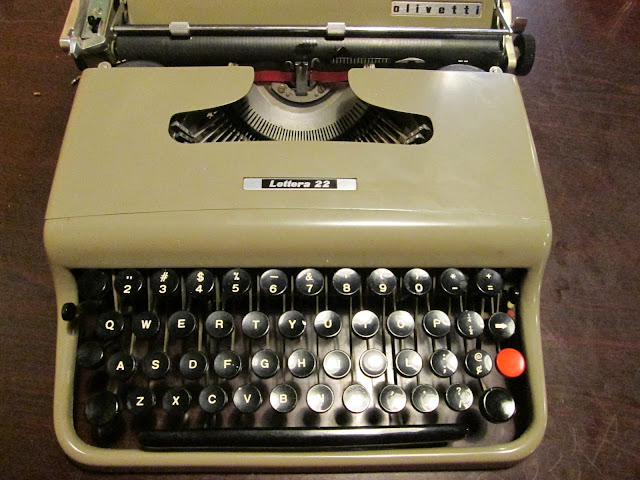