The first national advertisement for the Royal Safari appeared in Life Magazine on August 24, 1962. Newspaper ads soon followed. However, this typewriter was made in July, 1962. I bought it last Sunday in Buckley, Washington for $15. When I bought it, it was missing large amounts of paint on the top of the machine. I then repainted it in a light blue that was as close to the original paint as possible. (Slightly later Royals used this shade of "Pottery Blue.") This typewriter has the distinction of being the best Royal Safari that I have ever used. (Generally, the touch is strangely heavy, yet light; this one works like a breeze!) 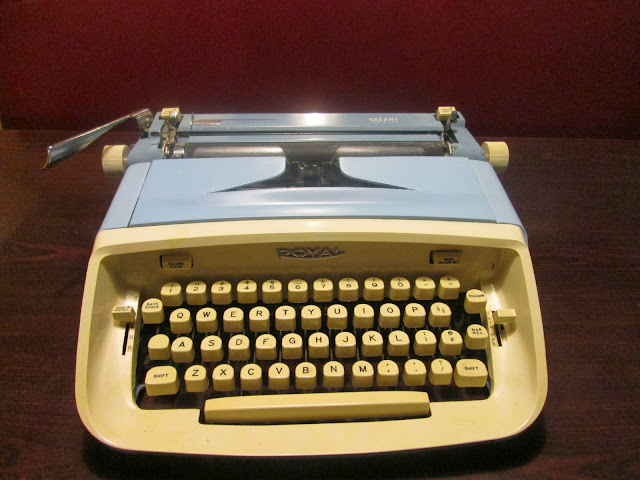 Front view. Notice that the touch selector and ribbon color selectors are both stickers. 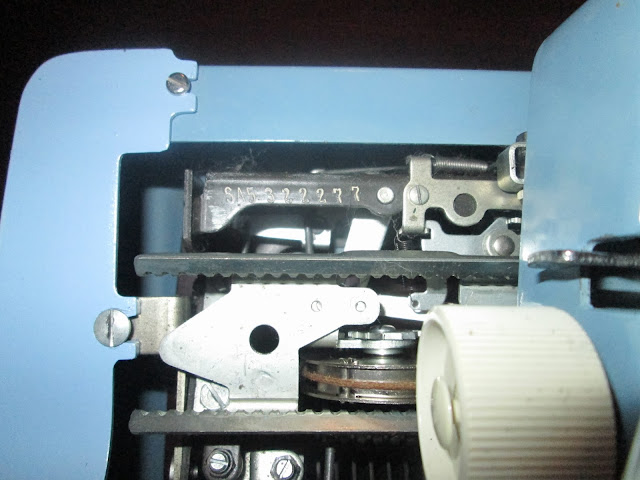 The serial number. Jay Respler could not believe how early this typewriter was made. 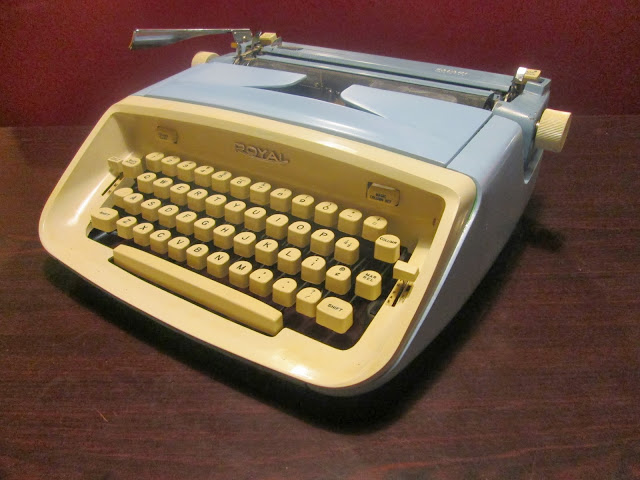 Front angles. This typewriter reminds me of the Jetsons.  (Nick Bodemer Collection) 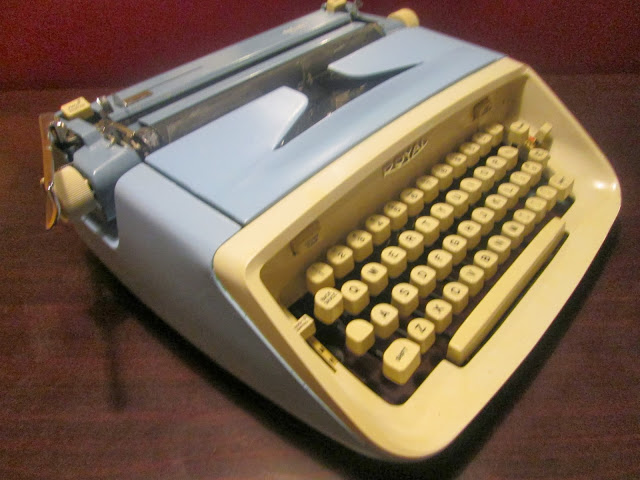 Royal Portable Dealers in Seattle and Tacoma as of September 13, 1959
SEATTLE

TACOMA
According to Richard Milton, 1.5 million Royal Safari portable typewriters were made in the 1960s. His site can be viewed at: https://web.archive.org/web/20040805125731/http://portabletypewriters.com/portable_typewriters_royal.htm