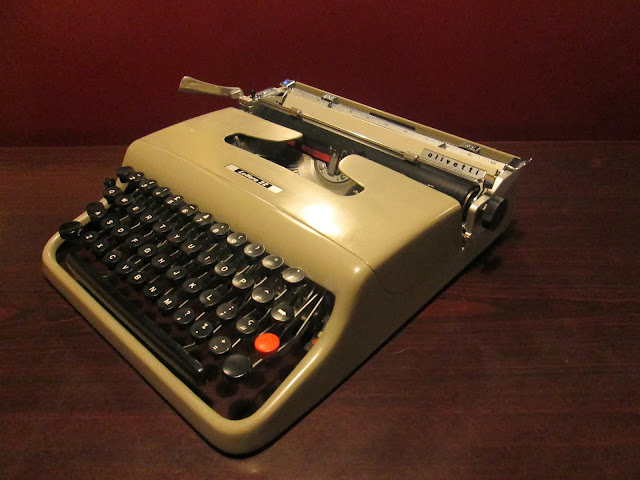 My 1960 Olivetti with French accents and mathematical symbols.
I bought this typewriter in Snohomish, Washington. 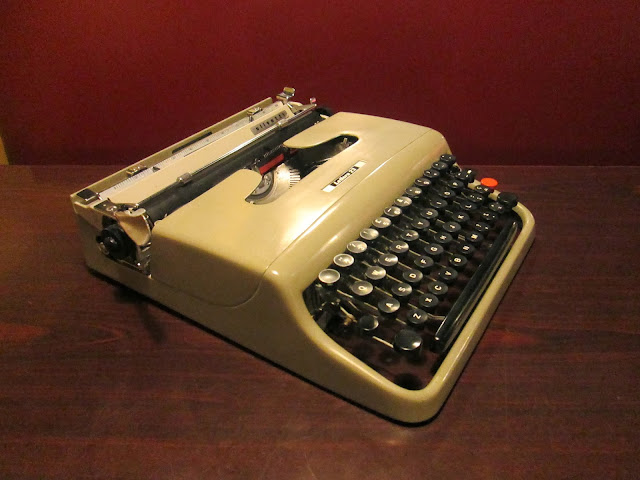 I am still trying to figure out which country it was made for. It was made in Glasgow. 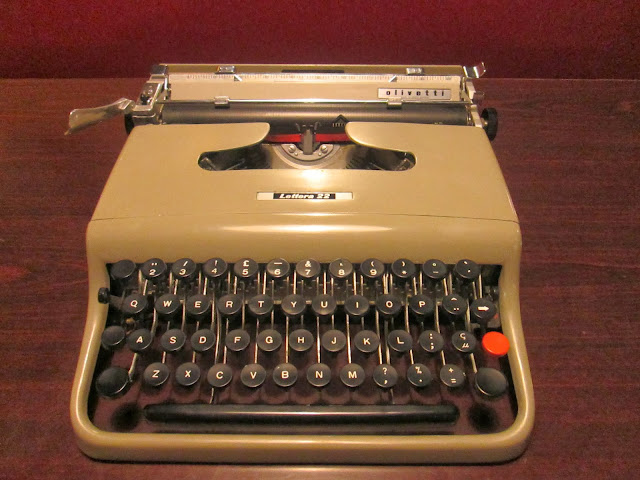 Below is a "Spanish" keyboard Olivetti from The Vintage Typewriter Shoppe. It was sold in 2011. It is also missing most Spanish accents, the ñ, ¿, and ¡ symbols. It also lacks the μ that my Lettera 22 is equipped with. (Greek letter Mu, often used in various sciences, pharmacology, mathematics, linguistics, and meat science. For more, go to https://en.wikipedia.org/wiki/Micro_symbol) If anyone has theories related to my Lettera's keyboard, please email them to typewriterresearch@gmail.com. Anything will be greatly appreciated.