I was hoping for a pink Sears typewriter...but I found something better!

...but I found something much better (and rarer): 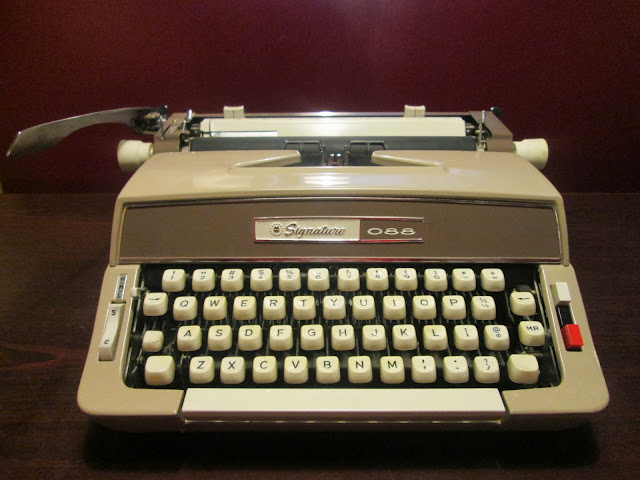 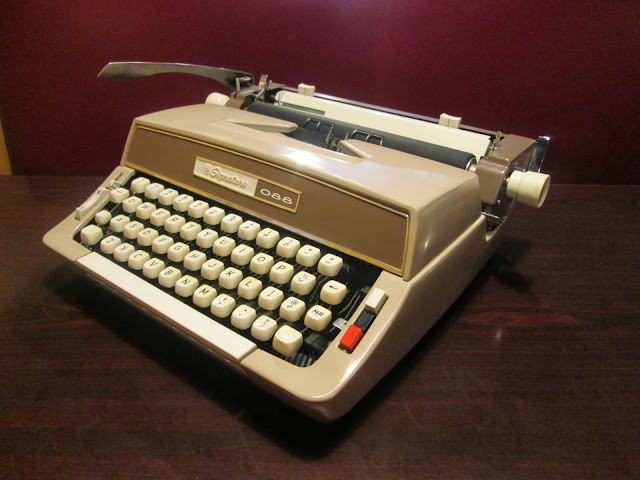 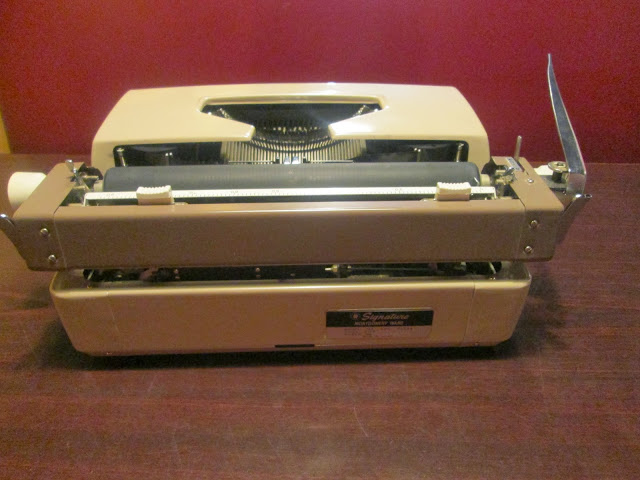 This typewriter is basically a rebadged Brother typewriter. According to the serial number (on the plate on the back of the machine), it was made in November, 1964. It had no case, because the original case was a cheap, zippered product. Other than that, it is perfect. (and "mauve-lous")  Unlike most typewriters, it has a push-button ribbon color selector! It has a light, snappy touch, similar to a better version of the Royal Safari, if it were crossed with an Olympia SM-9.
Its original retail price was $89.50. This typewriter was sold alongside the Signature 513 (with a 13" wide carriage), and the compact Signature 100.
It should be noted that Sears was one of the catalysts for Olivetti entering the US market; this was also true with Ward's being one of the main reasons that Brother typewriters were first imported into the United States.

This is one of Brother's rarer designs, not because of lack of quality, but because of its original price, which was the same as known brands of the time, such as Royal, Smith-Corona, and Remington. It should be noted that this is designed to look very similar to Akio Kondo's common compact Brother portable. Personally, I think that this typewriter is the best Brother portable ever made!