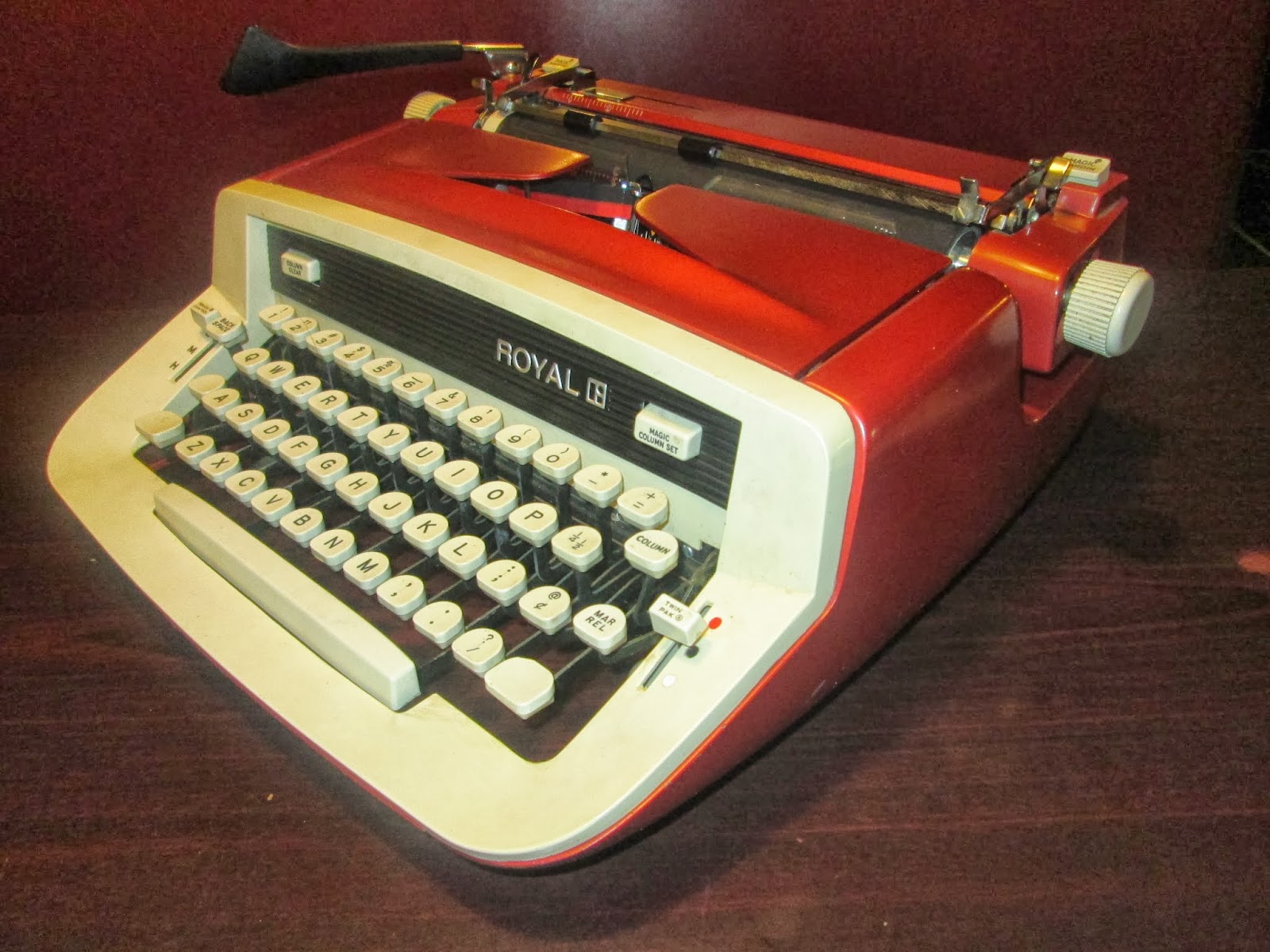 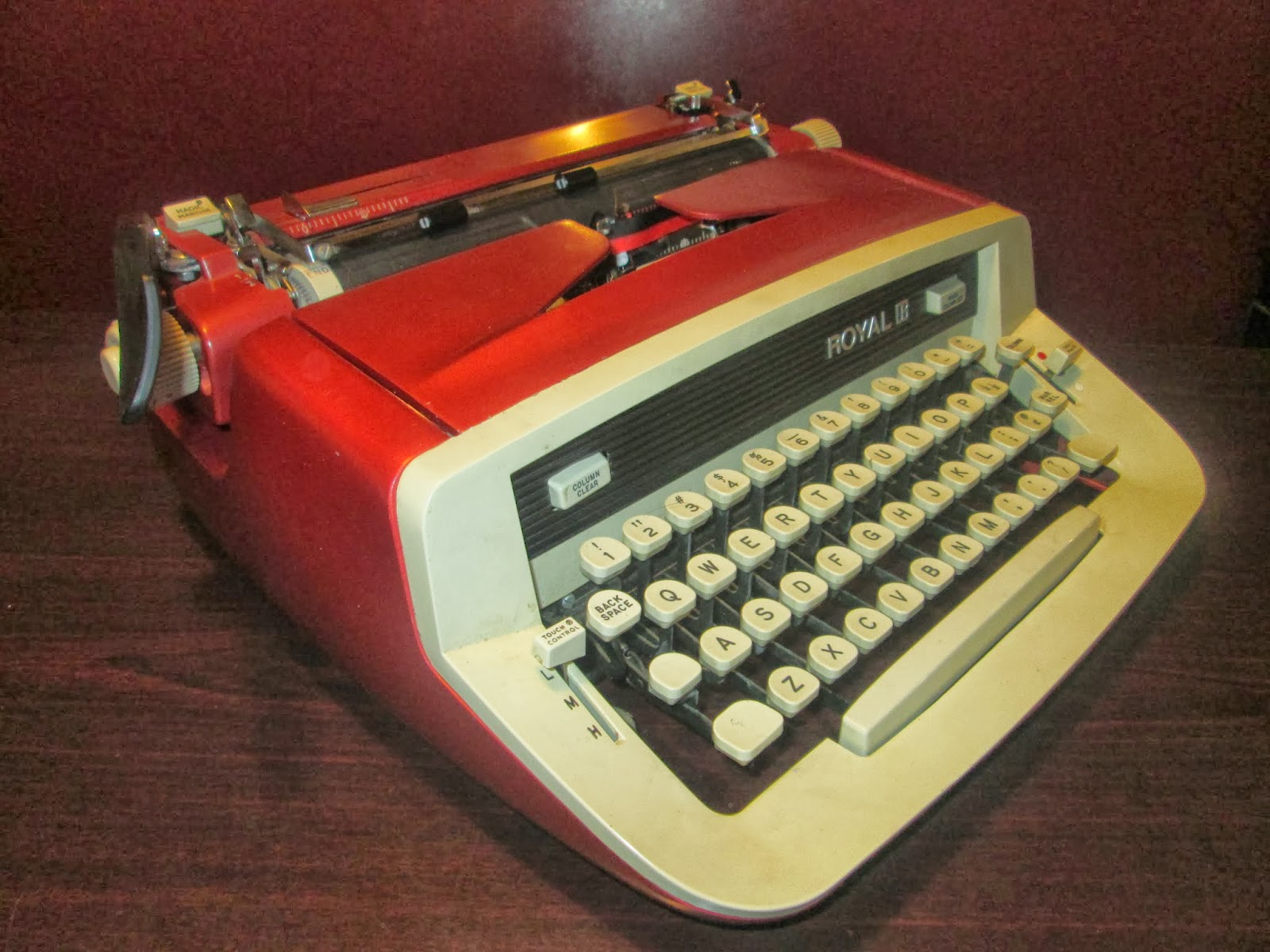 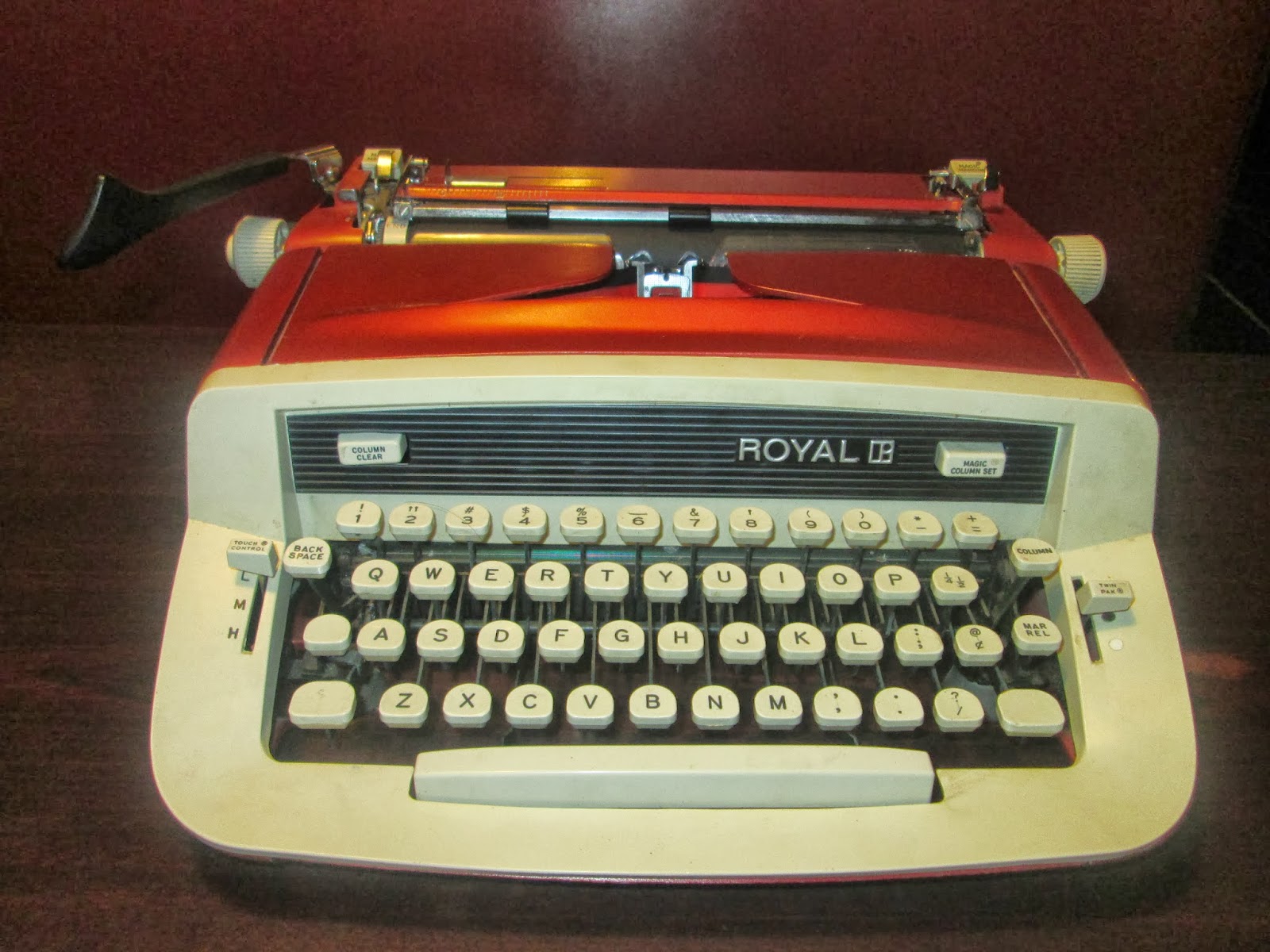 This is my second Royal Custom II typewriter. (My first was from the Seattle Goodwill: http://royaltypewriters.blogspot.com/2013/09/another-refreshed-royal.html . The paint was in poor enough condition that I refreshed it. That one is from April, 1968.) I traded in a Royal 890 and an Olympia SM-7 for this one in Tacoma, WA. From what I was told, it was sold to them by the son of a typewriter dealer from either Seattle or Tacoma. Because the only

What is very interesting to me about this typewriter is its manufacturing date--June 1967.  While Royal made a Custom typewriter in 1967, it was basically a Safari. The Custom II was mainly advertised after 1968. However, there were some ads for the Custom II in 1967. The patent numbers on the underside of the ribbon cover date from 1957-1961. The design patent is for the Futura: 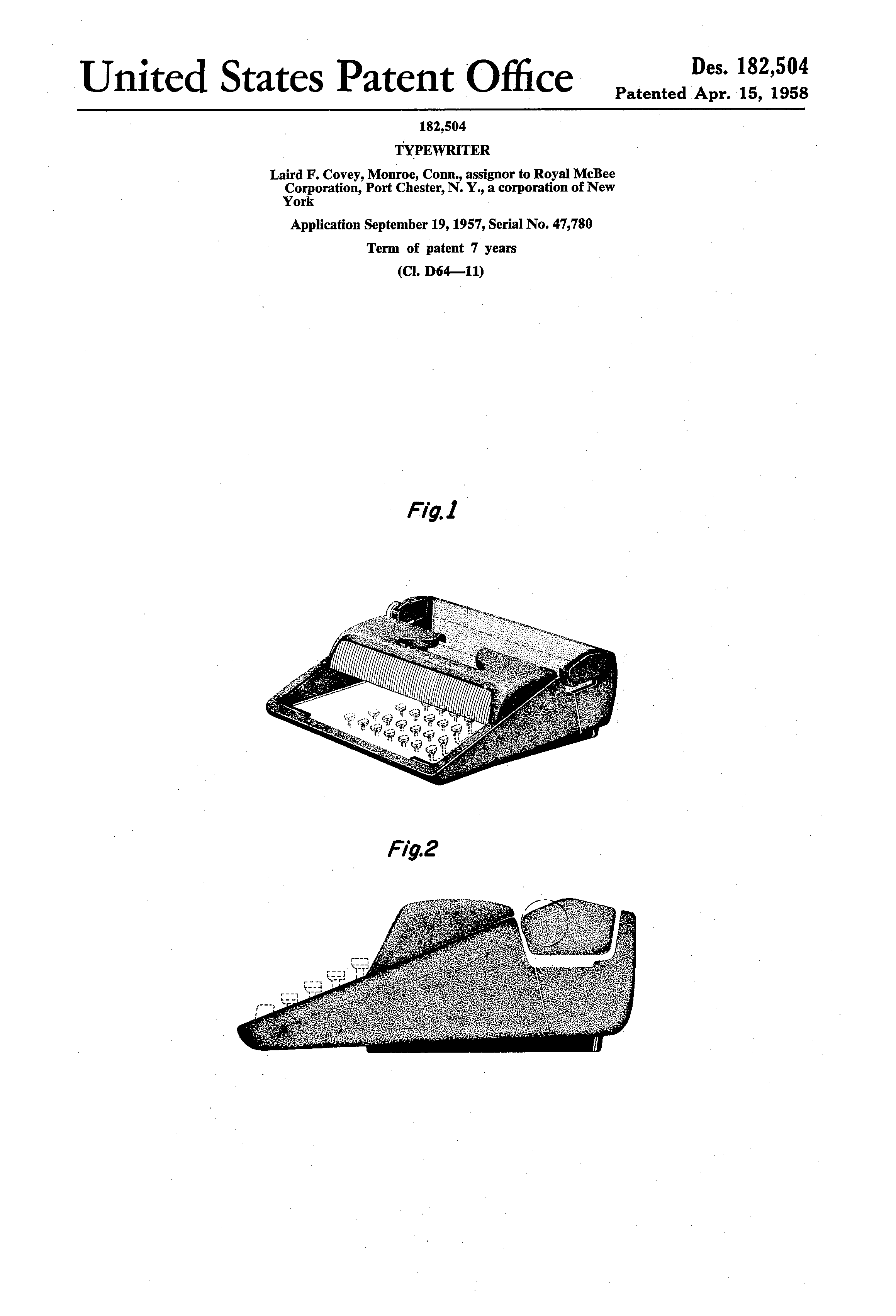 When the Custom II is viewed from the side, it becomes apparent that this typewriter is based very heavily on the Futura, but made wider. The mechanical elements are identical to the Futura. Even the spacebar is the same! To make matters more confusing, there was a 1960s typewriter called the Futura, which came in a color known as "Vegas Gold." It came with manual margins, and lacked the 1/! key.