The Royal Senior Companion is a typewriter that was designed for students. While it looks like a Quiet Deluxe, there are many differences. Most notable is the lack of Touch Control. It also lacks a tabulator, paper support, pop-up ribbon cover, and the nameplate on the front is painted on (instead of chrome). The carriage ends are structural, and uncovered. It also lacks the Quiet Deluxe's line-finder. It has manual margins, one carriage release lever (instead of two.) Its touch is also much lighter than that of the Quiet Deluxe. 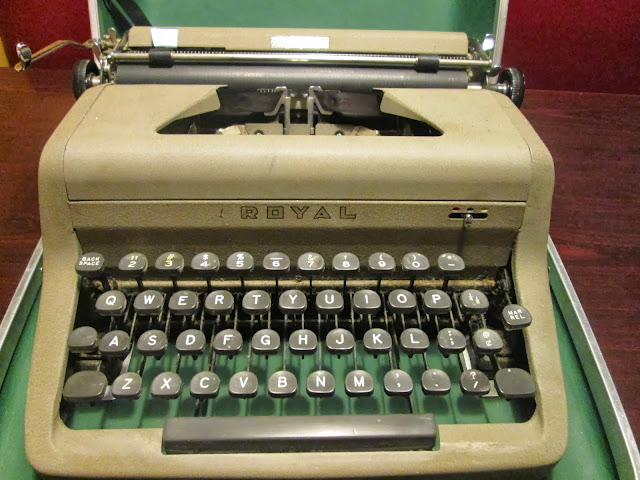 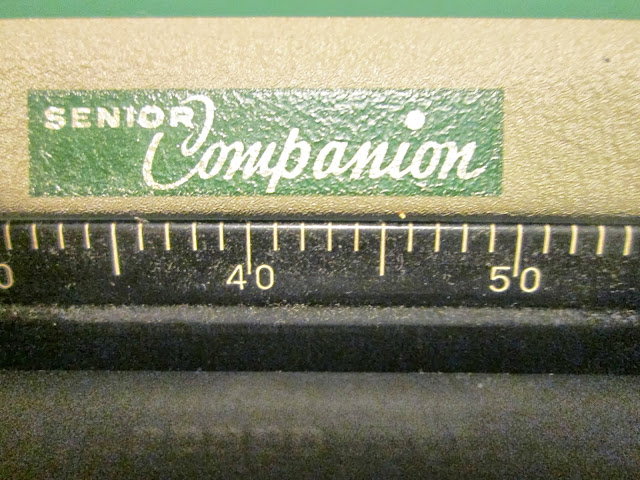 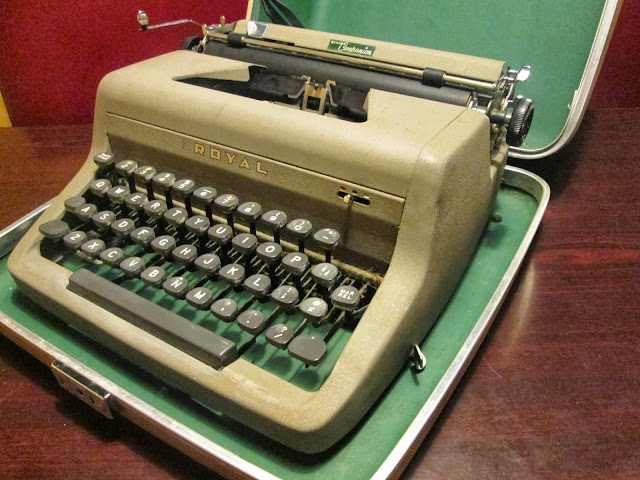 However, Royal's attention to detail is easily visible by looking at the painted nameplates. The Royal nameplate is outlined with a fine pinstripe, and the "Senior Companion" nameplate is perfectly straight on the panel as if it were the separate part that it is on the Quiet Deluxe.

An ad for the Senior Companion from Life Magazine, April 18, 1955
According to Google Maps, Milen's Jewelers has been replaced with a Bart station: