Special Thanks to Richard Polt

A few weeks ago, I asked Richard Polt if he had an extra rear panel to a 1950s Royal Quiet Deluxe. He said he did, "But it's pink." I asked if he could send the other pink panels, and he did--in its case! Thanks to him, my $2 Royal Quiet Deluxe is now much less drab.

He is also a great resource of information on prewar Remington Portables His site devoted to them is below:
http://site.xavier.edu/polt/typewriters/rem-portables.htm 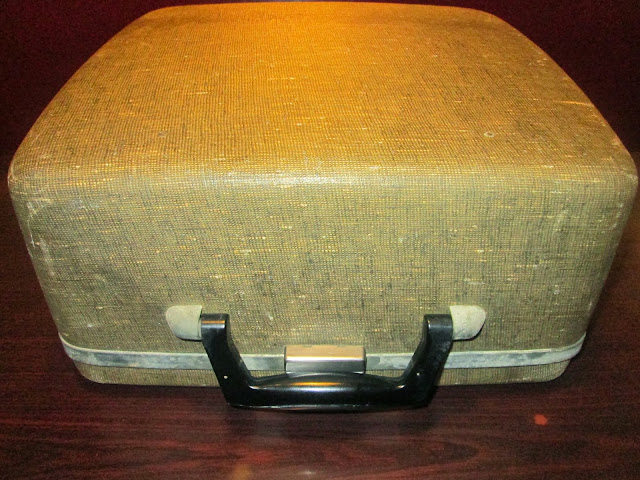 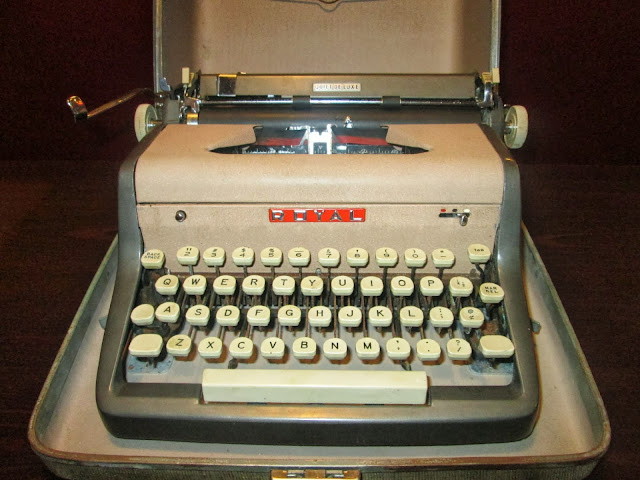 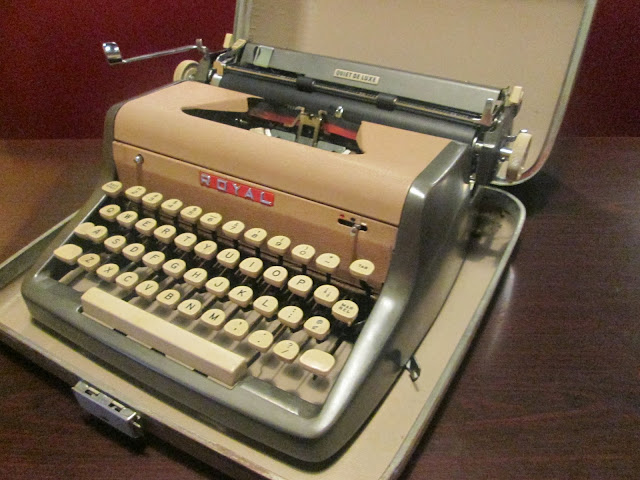 In this picture, it is less pink, but tanner.

The tan/pink panels have a crinkle finish, while the charcoal panels are very smooth. The new case is in much better condition than the case it originally came in (which I now think was not original either, after seeing other charcoal Quiet Deluxes on Etsy and Ebay with gray-lined cases.)

The end result reminds me a lot of the late-1950s Speed King: